Home Latest Car flips onto side after smashing into bollard
Latest

Car flips onto side after smashing into bollard 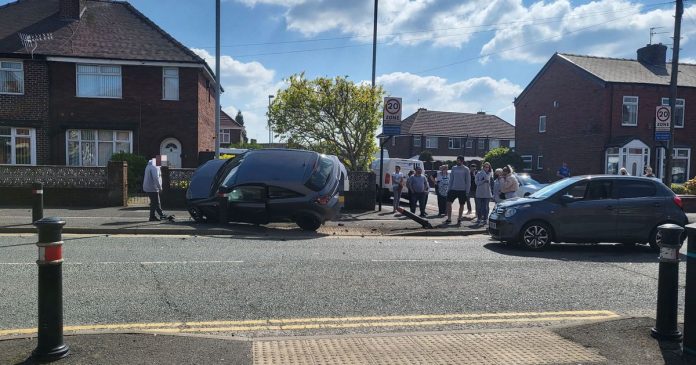 A car flipped onto its side following a crash at Oldham .

Police and fire crews were called to Whitegate Lane in Chadderton following reports of a collision at around 2.45pm on Saturday (April 23). Pictures taken at the scene appear to show the vehicle had crashed into a pavement bollard.

A spokesman for Greater Manchester Fire and Rescue Service said firefighters spent almost half an hour making the scene safe while other emergency services dealt with the incident. It is unclear if anyone has been injured.

In a statement, GMFRS said: “At 2:45pm on Saturday 23 April 2022, one fire engine Chadderton fire station attended a road traffic collision on Whitegate Lane, Oldham. The collision involved two vehicles and firefighters made the scene safe. Crews were in attendance for approximately twenty-five minutes.”