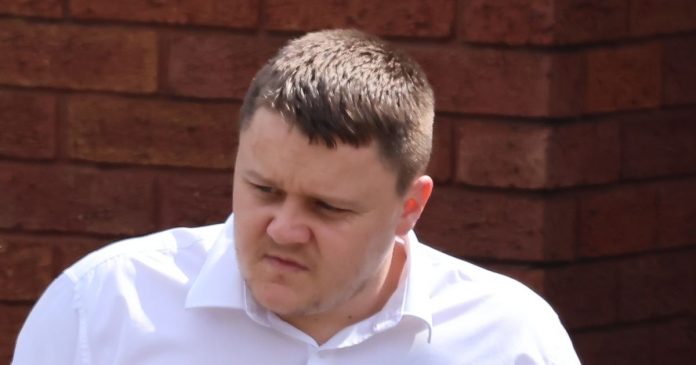 Businessman Liam Allon turned to drug dealing after his business crashed when covid hit. The cash-strapped 30-year-old was unable to secure a Government grant and turned to supplying cannabis to make ends meet.

But he was arrested when Staffordshire Police found him asleep in a car with the engine running. They found cannabis in a container together with £1,902.50 and two phones which contained messages relating to the supply of cannabis.

Now Allon has been sentenced to 18 weeks in prison, suspended for 12 months, at North Staffordshire Justice Centre. Prosecutor Zaine Riaz said the defendant was found asleep in the driver’s seat of a car in Stoke-on-Trent in the early hours of July 6, 2020.

Mr Riaz said: “The engine was running. Police approached him. Under the footwell they found a container containing cannabis, £1,902.50 and two phones.

“The defendant confirmed the phones belonged to him. They contained messages relating to cannabis from June until July 6, 2020, quite a few weeks.”

Liam Allon, aged 30, admitted being concerned in the supply of cannabis.

Allon, of Sandling Road, Hythe, Kent, pleaded guilty to being concerned in the supply of a class B drug.

The court heard the offense went back to the first lockdown. The defendant had a property maintenance business which was doing well until covid struck. But once the pandemic started his business crashed. He was also setting up a business in waste management.

He had two young dependents and was not in a position to receive a government grant. He has no other drug matters on his record and his businesses are back up and running.

As part of the suspended sentence Allon must complete a rehabilitation activity requirement for 32 days.

Magistrate Jo Fox said: “It is a very serious offence. It was a very poor decision on your behalf. The majority of the country was struggling at the time but most did not turn to what you did. Easy money it was not because look at where you are today.”

Magistrates ordered the forfeiture of the £1,902.50 and the destruction of the drugs, paraphernalia and phones. Allon was ordered to pay £185 costs and a £128 surcharge.

NEWSLETTER: Sign up for email alerts from StokeonTrentLive direct to your inbox here