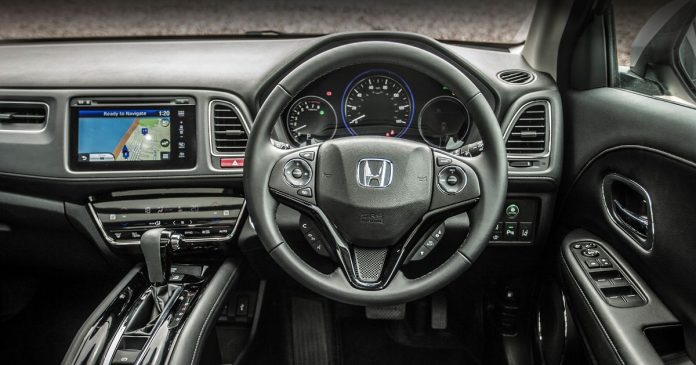 Drivers have been urged to search their vehicles for a life saving button, which many people don’t know exists.

Legislation brought in four years ago meant that all new cars and vans must have an emergency call system known as eCall- which includes an SOS button fitted in the vehicle. In the event of a serious incident triggering airbags, vehicle sensors activate the eCall system, which automatically sends the vehicle’s location to a 999 operator.

The system enables drivers to speak with emergency operators. Having precise coordinates enables operators to direct emergency services to the exact location of the vehicle, meaning help could get there quicker.

The emergency safety feature can also be manually activated by the driver by pressing the eCall system’s SOS button to connect directly to emergency services. It provides a valuable alternative to using a mobile phone if the occupants don’t have a phone or can’t exit their vehicle, as the system provides the exact location and identity of the vehicle. Yet many drivers aren’t aware of this potentially lifesaving technology or how to use it.

National Highways is now joining forces with vehicle manufacturers and motoring groups in an attempt to raise awareness of the potentially lifesaving technology.

Mel Clarke, Customer Services Director at National Highways, said: “Safety is our priority at National Highways. The emergency call (eCall) system and its SOS button could save lives and revolutionize road incident response on the roads, yet our research shows that most people do not know about it. I urge drivers to check if they have this safety feature installed, particularly if your vehicle was manufactured since April 2018, and to follow our advice about how and when to use it.”

Many drivers are not aware of the ‘life saving’ technology in most modern cars
(Image: National Highways)

All new types of passenger cars and vans built since April 2018 have eCall fitted as standard. The system is automatically triggered in an accident while the SOS button is typically found near the top of the windscreen or on the steering wheel.

However, in a survey from March 2021, National Highways found that many drivers were unaware that the emergency call system and its eCall SOS button existed or where to find it. Vehicle occupants were also using the facility for non-emergency calls, which is not its intended purpose. National Highways is working with others in the industry to promote this safety feature, which has already seen an increase in the correct use of the eCall system of connected emergency services calls from 22% in 2020 to 59% in 2022.

Mike Hawes, Chief Executive at Society for Motor Manufacturers and Traders (SMMT) said: “SMMT is pleased to be working with National Highways to build greater awareness and understanding of the emergency call (eCall) system its SOS button functions in vehicles. This initiative is vitally important to inform and remind consumers of their cars’ additional safety measures including the ability to call for assistance in times of trouble”.

The system is designed to be used if you need to summon help because you:

If you can’t get into the left-hand lane, or you can’t exit your vehicle to get to a place of safety, stay in your vehicle, keep your seatbelts and hazard warning lights on and call 999 immediately either by pushing the eCall SOS button or using your mobile phone.

Using the SOS button means that the 999 operators automatically receive your vehicle details including your location and direction of travel. Through your vehicle’s speaker system, they will then ask for further information to establish the nature of the emergency.

You can also use this system to report a hazard on the road or a vehicle traveling in the wrong direction.

If you are involved in an incident that triggers your air bags or other safety sensors:

Andy Rooke of the UK 999 Liaison Committee, and as Vice-President of British Association of Public Safety Communications Officials said: “British APCO are pleased to be able to support this initiative from National Highways, in providing clear guidance on the correct use of the emergency call (eCall) system. When vehicle occupants use this facility for general inquiries, 999 operators are unable to send life-saving help to those that really need it. When used properly in the event of an emergency incident, eCall provides vital information to the police, fire or ambulance services, reducing their response time and ensuring they are better prepared on arrival.

By the end of 2025, over 12.6 million cars and vans are expected to feature the emergency call (eCall) system. For more details of the eCall system and when to use this safety feature in newer types of cars and vans, visit here

Steve Gooding, Director of RAC Foundation said: “There are so many clever high-tech elements being built into modern motor cars that it’s all-too-easy for motorists to miss the ones – like eCall – that could be the most valuable in the event of a road incident. Knowing how to work the infotainment system could take the strain out of a long drive, but knowing how and when to use eCall could save lives.”