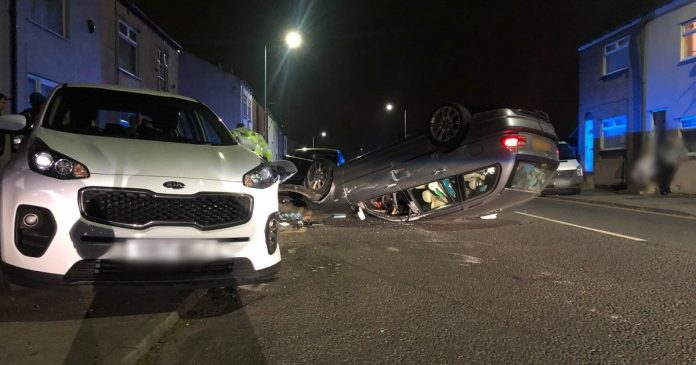 A drug-driving suspect was arrested in the early hours of this morning (April 26) after being involved in a three-vehicle road traffic collision. Officers from Greater Manchester Police attended the scene with the male suspect testing positive for cannabis.

The incident took place on Castle Hill Road in Hindley, with the road closed to allow for the upturned vehicle to be removed. The male driver provided a positive drug sample for cannabis and was subsequently taken into custody, the police said.

The Greater Manchester Police Twitter account posted a picture of the incident in the early hours of this morning. The post read: “Now into Castle Hill Rd in Hindley for XT18. 3 vehicle RTC with a car in its roof. Male driver has been arrested for providing a positive drug sample for cannabis. The road is currently blocked while we get the vehicle removed .”

For more stories from where you live, visit InYourArea