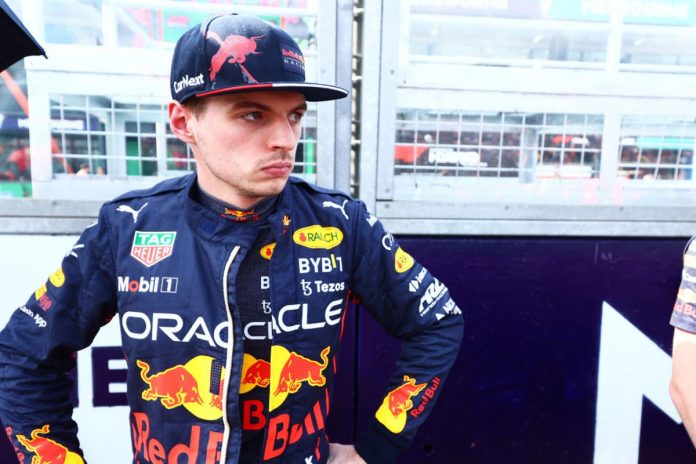 Follow all the latest news and reaction from the world of F1 as the fallout continues from another chaotic race in Melbourne, before heading to Imola for the Emilia Romagna Grand Prix.

Mercedes boss Toto Wolff is convinced the team are “in a better state” than before the Australian GP, ​​where George Russell claimed a podium spot and Lewis Hamilton placed fourth, but both drivers have sounded warnings about ensuring everybody in the team is pushing as hard as possible for improvements required to the car.

Meanwhile, reigning champion Max Verstappen has followed up his comments suggesting there are “two or three” problems for the new Red Bull car by acknowledging he had a “terrible race” in Melbourne, where he couldn’t find the pace to keep up with the leaders and ended up failing to complete the day for the second time in three races this season. He has also been warned about going “over the limit” by team advisor Helmut Marko, who wants more calmness from the driver. With Ferrari going clear at the top thanks to another Charles Leclerc win, there’s also talk about Carlos Sainz being reduced to a support driver for the team.

Follow all the latest F1 news and reaction after a thrilling start to the 2022 season.

Ex-Formula 1 driver Timo Glock says Sebastian Vettel’s patience will run out and he could decide whether his future lies with Aston Martin or in the sport at all.

“I can imagine that Sebastian Vettel will lose his patience at some point because he himself knows how long it takes to get out of such a low,” Glock said. “Therefore, the question arises whether he still wants to do that to himself.

“Now you have to wait for the next races and see how he can motivate himself and what he then decides for his future.”

More on Vettel’s tough start to the season:

It was Russell’s first top-three finish for the team who he joined ahead of the 2022 season and Mercedes’ second podium of the campaign following Lewis Hamilton grabbing third in the opening race in Bahrain. The season hasn’t gone as the team would have hoped, but Russell says they need to trust the process.

“We’ve got to go about the process analytically,” Russell said per GP Fans. “We can’t do anything crazy. We know we want results and we want performance but if we do anything too drastic, we’re going to go backwards and not forwards.

“We’ve got to trust our team, trust the process and just recognize that it’s going to take time. But we know there is so much potential in the car.”

Schumacher won seven world titles for Ferrari and Leclerc was close to equaling the F1 legend’s achievement in the opening three races. Leclerc has had the best opening to a season for Ferrari since Schumacher in 2004, where the German got a perfect 30 points from three races while Leclerc has recorded 71 from 78 available.

“I had a little bit of a shiver actually, a flashback to when Michael was dominant in the Ferrari,” Coulthard told Channel 4. “All my fears came back again! We’ve got to acknowledge he [Leclerc] is a quality driver, a great human being.

“Ferrari has worked hard, and Mattia Binotto, what a cool character he’s been under all the pressure of the lack of performance over the last two years. That [Leclerc’s drive] what dominant. That really was an impressive display.”

Carlos Sainz may have to play a supporting role for his Ferrari teammate Charles Leclerc due to the 2022 results so far, says Martin Brundle.

Sainz has finished on the podium twice this season but a horror weekend in Australia saw him score no points for his team. Leclerc, meanwhile, has won two races and finished second in the other. The Ferrari man has recorded the best opening haul of points since Michael Schumacher’s start to the 2004 campaign.

Brundle says Sainz may have to help Leclerc to the title if he cannot win a race at the next few events.

“Leclerc has stepped up to a higher plane, delivering speed with consistency and seemingly always a half-a-step ahead of this car, rather than close to the edge of the car’s limit and the occasional heavy shunt as we’ve seen in the past,” he wrote for Sky Sports. “The new regulations suit him and he’s developed confidence and increased self-belief.

“His teammate Carlos Sainz had the weekend from hell, missing out on a solid qualifying lap when his friend Fernando Alonso caused a red flag by crashing due to technical issues, and then with further engine starting dramas not delivering a representative lap.”

Read more from Brundle’s assessment of the Ferrari pair:

Ferrari are not looking to make any upgrades on their car ahead of the Emilia Romagna Grand Prix next weekend, according to team principal Mattia Binotto.

The Scuderia have set the benchmark for the opening three races of the season, winning in Bahrain and Australia and leading both the drivers’ and constructors championships.

And they do not appear to be in a hurry to improve upon their high-performing car ahead of the trip to Italy at the end of the month.

The Emilia Romagna Grand Prix marks the return of the sprint race. This means there will only be one hour of practice on the Friday followed by qualifying.

More here from the leaders in both drivers’ and constructors’ championships:

Australian GP might be ‘good as it gets’ for McLaren, admits Lando Norris

But Norris has curtailed McLaren fan hopes of the Australian race being a springboard and says the reality is the team won’t achieve much more in the near future.

Max Verstappen ‘goes over the limit’ and ‘wants too much’, Red Bull boss claims

Red Bull advisor Helmut Marko believes Max Verstappen’s tendency to go “over the limit” is why he hasn’t qualified in pole position this season.

“He goes over the limit, he wants too much,” he told formula1news.co.uk. “That didn’t work out here [in Melbourne] in the last sector.

“We thought that with the World Championship title there would be some calmness from him, but he probably needs another title so that he doesn’t go into qualifying with so much pressure.”

The former Red Bull driver managed to rise 10 places to give his team a point, moving them off the bottom of the constructors table. Albon himself said he was surprised by the outcome and the team weren’t in the best place ahead of the race.

“We looked at out race predictions and we looked a bit sad,” Albon said per motorsport.com. “It was a race where we took risks, because we felt like no matter what we did we were going to finish 19th or 20th.

“We went into the race starting our race, taking a bit of time to build the tires up into a nice window, and when you start last you can afford to do that.”