Home Latest Hero Scots paramedic was seriously injured after being hit by a car...
Latest 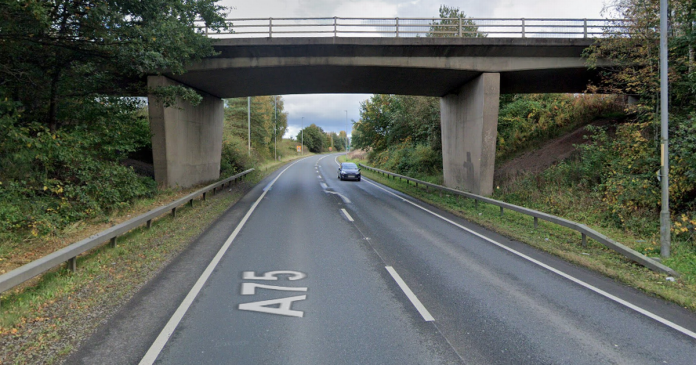 A Scottish medic has been seriously injured after being knocked down by a car while helping an injured woman on a busy street in Dumfries and Galloway.

On Monday, March 22nd, around 8:50 p.m., emergency services on the A75 near Hardthorn Road in Dumfries were called to the scene.

A male crew member treated the injured 21-year-old, who was seriously injured after falling from a pier when hit by a passing vehicle.

The paramedic and the injured women were both taken to Dumfries and Galloway Royal Infirmary, where they are in serious but stable conditions.

Officials blocked the busy road for several hours to allow accidents to be investigated before reopening around midnight.

A spokesman for Police Scotland said: “On Monday March 22nd at around 8:50 pm we received a report from a woman who had fallen from Hard Thorn Road over the bridge over the A75.

“A 21-year-old woman was seriously injured. The Scottish Ambulance Service was present and an employee was hit by a passing vehicle on the A75.

The Daily Record and the Sunday Mail have always been at the forefront of crime reporting in Scotland.

But did you know how to stay on top of the top crime and court headlines?

We share live crime news and exclusive court stories, as well as historical case features and columns to keep our readers updated across the country.

“Both were taken to Dumfries and Galloway Royal Hospital, where they are in serious but stable conditions.

The Scottish Ambulance Service also confirmed that an employee was injured while on duty.

A spokesman said: “Last night a vehicle hit a colleague of ours while he was going to the aid of a woman who fell off a bridge onto the A75 in Dumfries and Galloway.

“He was taken to Dumfries and Galloway Royal Infirmary and remains in serious but stable condition.

“In this very difficult time, our thoughts and good wishes go with our colleague and his loved ones.”

Don’t miss the latest news from across Scotland and beyond – sign up for our daily newsletter here.