Man hospitalized after three-car crash closes A9 for four hours 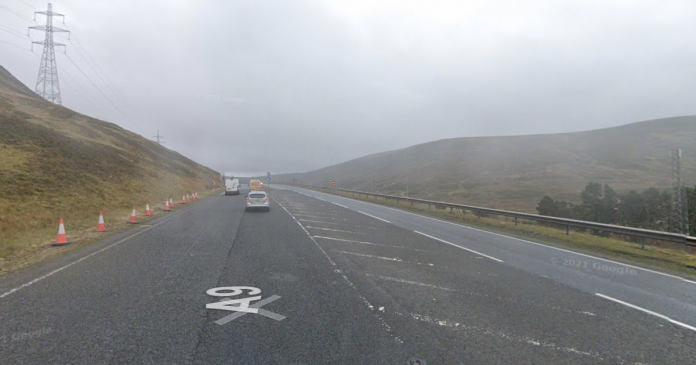 A man has been hospitalized following a three-car crash on Scotland’s deadliest road.

The smash took place on the A9 near Dalnaspidal in the Highlands shortly before 5pm on Thursday.

Motorists faced traffic hell as the road was closed in both directions for four hours with tailbacks stretching for around 10 miles.

Emergency crews battled snowy conditions to get to the scene and both lanes were reopened by around 8.15pm.

One man was taken to hospital.

The nature of his injuries, his age and the hospital he was taken to was not disclosed.

It is unknown if he was a driver, passenger or pedestrian.

No other injuries have been reported at this stage.

As of 9pm police were still on the scene managing traffic.

A Police Scotland spokesperson said : “We were made aware of a crash involving three cars on the A9 near Dalnaspidal around 4.50pm on Thursday, April 7.

“One man has been taken to hospital and officers remain at the scene managing traffic.”

Don’t miss the latest news from around Scotland and beyond – Sign up to our daily newsletter here .