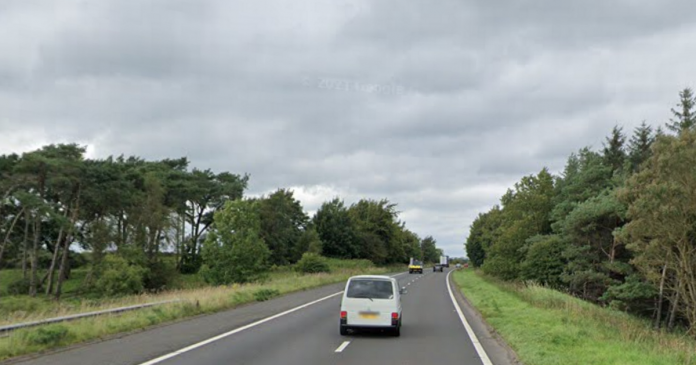 A total of nine people were hospitalized today following a horror accident involving 12 vehicles on either side of a major Scottish road.

After reports of a collision at around 2:10 p.m., emergency services raced for the A74 (M) near Junction 16 in Johnstonebridge.

It has now been found that eight vehicles were involved in the pile and seven people were brought to Dumfries and Galloway Royal Infirmary.

Some of the injured are said to have “serious injuries”.

The northbound lane was closed and reopened at 4:25 p.m.

Shortly after the reopening, at 4:35 p.m., the emergency services were called to another crash on the road – this time to the south and north of exit 15.

The accident affected four vehicles and injured three, two of which were hospitalized.

Injuries are said to be minor in this crash.

Did you know that you can stay up to date with the latest news by subscribing to our daily newsletter?

We send out a morning and lunchtime newsletter every day that covers the latest headlines.

We also send out coronavirus updates at 5:00 p.m. on weekdays and a recap of the week’s most important stories on Sunday afternoons.

Registration is easy, straightforward and free.

You can enter your email address in the login box above, click Subscribe and we’ll do the rest.

Alternatively, you can register here and read the rest of our newsletters.

Commenting on the earlier incident, a Police Scotland spokeswoman said: “We received a call around 2:10 pm on Friday, March 26th about an accident involving eight vehicles on the A74 (M) northbound near Junction 16 in Johnstonebridge, Moffat , Report to.

“Seven people were taken to Dumfries and Galloway Royal Infirmary, some with serious injuries. The northbound lane was closed and reopened at around 4.35 p.m. “

She added about the most recent accident: “We received a call on Friday, March 26th at around 4:35 pm to report a traffic accident involving four vehicles on the A74 (M) heading south north of exit 15.

“Three people were slightly injured and two of them were hospitalized. The road to the south was partially blocked and reopened at around 6.15 p.m. “