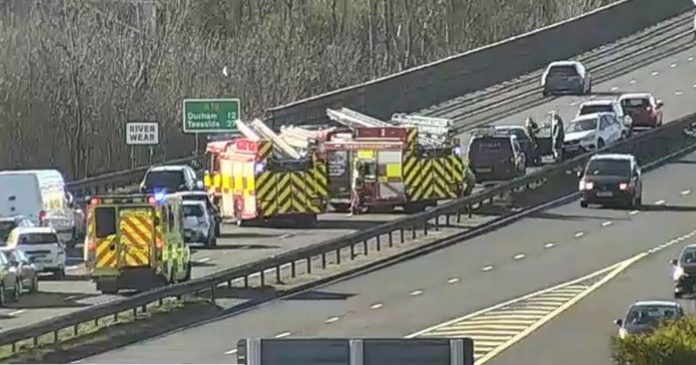 A fire tore through a derelict former nightclub near Newcastle Quayside which has already been ravaged by multiple fires.

Emergency crews attended the scene at the former Stereo nightclub, also previously known as the Barley Mow on City Road in Newcastle on Thursday evening. The road was subsequently closed off as traffic was diverted from the vicinity while the blaze was tackled.

Fire at the former stereo bar

Smoke drifted over Newcastle’s Quayside and could be seen from Gateshead. Flames shot out from the building before firefighters arrived to dampen the fire down.

A previous blaze at the building on City Road in 2019 damaged the balcony and decking area of ​​the three-storey building, as well as the exterior floors and walls. Police subsequently confirmed they were treating the incident as Arson. There were also two fires at the building in summer 2020 and another in 2021.