One in five UK car sales now of battery-electric vehicles 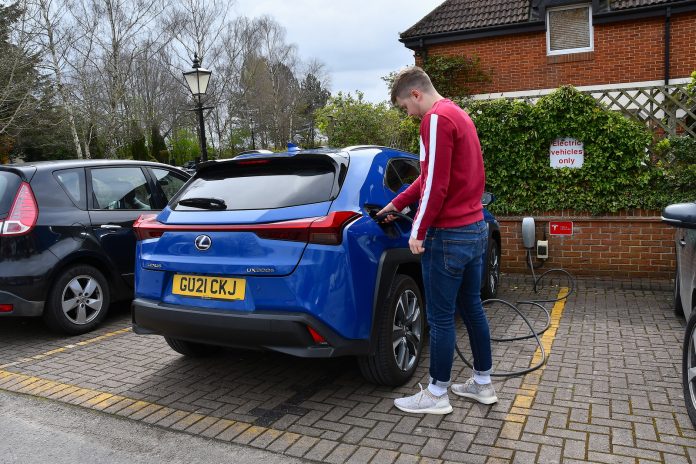 One in every five cars sold in the UK is a battery-electric vehicle, new data from the Society of Motor Manufacturers and Traders (SMMT) has revealed.

The rising uptake in electric vehicle ownership is partly due to the number of models now on sale, the total having increased 15-fold over the last 11 years.

According to the SMMT, the number of mass-produced EVs on sale in the UK now stands at 140, with a further 50 due to launch throughout 2022. This is compared with nine in 2011.

“With almost 200 electrified models expected to be available by the end of the year, manufacturers are turning ambitions for zero and ultra-low-emissions mobility into a reality, while motorists’ demand for these vehicles increases month by month.”

Despite the increasing number of EVs on sale, however, the SMMT suggested uptake is still failing to keep up with demand due to shortages of parts, semiconductors, HGV drivers and shipping containers.

Hawes claimed additional investment into charging infrastructure is needed to ensure all parts of the UK could charge with confidence.

“To turn this nascent demand into a mass market, however, motorists need choice, affordability and the confidence to charge. The UK has an ambitious timescale to deliver net-zero, and road transport must shoulder the biggest burden delivering that goal,” Hawes said.

“The industry is up for the challenge, but we need all stakeholders, including government, charge-point providers and energy companies, to match manufacturers’ commitment by providing the competitive incentives and infrastructure that assures a zero-emissions future.”