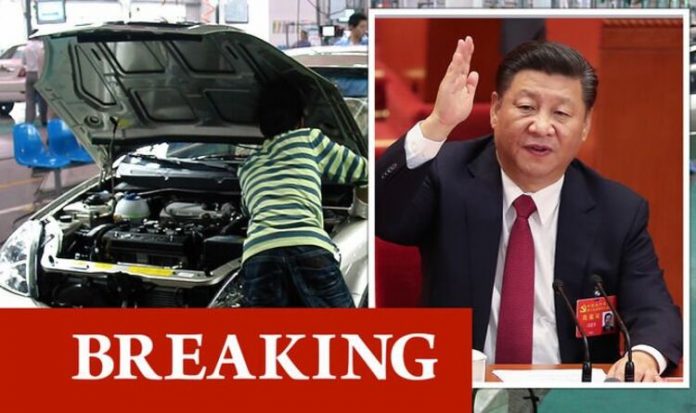 According to Russian publication Autonews.ru, the lack of registration of new vehicles in 2022, along with the fact that “there are no offers on their sale” currently, points to the fact that Lifan no longer intends to operate in Russia.

Aside from this, Lifan’s hotline in Russia no longer seems to be operational, while their social media page has not been updated for the second year running, the publication points out.

The most compelling evidence came from the fact in several car dealerships that generally sell Lifan vehicles, a reporter from Autonews.ru found no vehicles from that brand being sold.

Lifan was one of the most popular car brands in Russia, and currently Avtostat estimates that there are now 154,000 Lifan cars in the country.

This comes amidst the backdrop of Western sanctions hitting Russia since its invasion of Ukraine, which hitting nearly every aspect of Russia’ economy.

Experts originally predicted that the news of European, Japanese and American automobile brands pulling out of Russia would boost China’s market share in the country, allowing them to capitalize on the lack of competition.

The news of a major Chinese car manufacturer pulling out of Russia comes amidst a report that shows that contrary to popular belief, China has not increased its demand for Russian energy since the invasion of Ukraine.

The International Energy Agency published looking at the global oil market, in which it wrote: “Contrary to expectations, so far there are no signs of increased Russian exports to China, where surging Covid cases and severe mobility restrictions have cut economic activity and oil demand .”

READ MORE: Xi Jinping wants to be ‘frustrated’ with Putin over Ukraine war

China has consistently maintained a stance of “strategic neutrality”, where it does not sanction Russia for its invasion of Ukraine, while avoiding openly supporting Putin.

However, the two countries are close allies, with China supporting Russia’s stance against NATO’s eastwards expansion, while Russia supported Beijing’s One China Policy, which asserts that Taiwan is part of China.

Despite the two countries’ close ties, experts note that Chinese Premier Xi Jinping may be frustrated by Russia’s failures in Ukraine, as it puts Beijing in a difficult position on a global scale.

Speaking to Express.co.uk, Andrew Small, an expert in Europe-China relations said: “I think China will at least be disappointed and frustrated as they had counted on Russia to do better than this.”

As the war drags, China increasingly appears to be distancing itself from Russia, with reports last month noting Chinthat a’s state-run Sinopec Group has suspended talks for a major petrochemical investment and a gas marketing venture in Russia.

According to Reuters, Asia’s largest oil refiner may have been wary of the economic risks involved in working with Russia as the Western sanctions on the Kremlin have crippled the Russian economy.

While China has consistently voiced its opposition to economic sanctions, the government appears to be wary of Chinese companies being hit by the sanctions on Russia.

An executive at a state oil company said: “Companies will rigidly follow Beijing’s foreign policy in this crisis.

“There’s no room whatsoever for companies to take any initiatives in terms of new investment.”