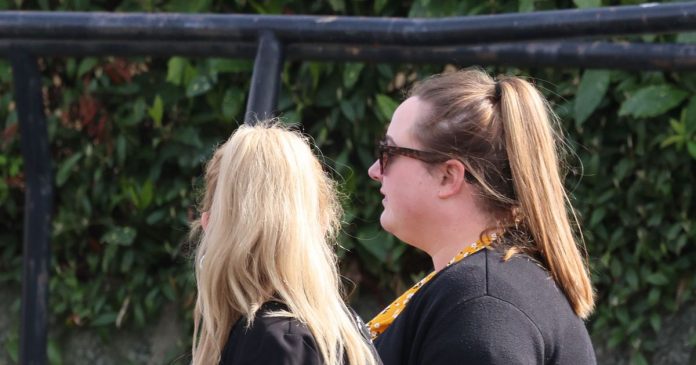 A driver sobbed as magistrates heard how she refused to give a blood sample to police following an early morning car crash on Teesside.

Teesside Magistrates’ Court heard how Alexandra Brown appeared to be “slurring her words” while behind the wheel of a damaged Vauxhall Mokka in Billingham. The 29-year-old was arrested, after being breathalysed, but refused to give cops a specimen of her blood.

Lynne Dalton, prosecuting, told the court how a witness was awoken at around 4.15am on March 27 by the sound of a vehicle crashing into his car, which was parked on Bedale Avenue. She said he noticed his vehicle was damaged and a Vauxhall Mokka with damage was being driven slowly along the street.

She said: “He ran along the street and opened the door of the vehicle being driven by Ms Brown. He said she was slurring her words.” The court in Middlesbrough heard she was arrested after giving a reading of 129 micrograms of alcohol in 100 milliliters of breath during a roadside breath test. The legal limit is 35.

The prosecutor said: “She was taken to James Cook Hospital to be checked out. She was asked to carry out a blood sample. She refused to provide a blood sample to the police. She loses her good character today. She has no convictions or cautions recorded against her.”

Brown, of Weardale Crescent, Billingham, pleaded guilty to being a failing to provide a specimen for analysis. She sobbed in the courtroom as Chair of the Bench Peter Wilson sentenced her for the offense on Tuesday afternoon.

He told her: “We know you do have previous good character that you have just lost. We don’t think that it crosses the custody threshold. So we are going to deal with you by way of a fine.” Brown was ordered to pay a £730 fine, £85 costs and a £73 surcharge.

Magistrates also banned her from driving for 36 months. Mr Wilson told the defendant: “If you do drive whilst disqualified you are looking at custody, that’s how serious the offense is.” He offered her the drink driving course which, if completed, will reduce her disqualification by 36 weeks.

For daily news from Teesside’s courts direct to your inbox, go here to sign up to our free court newsletter