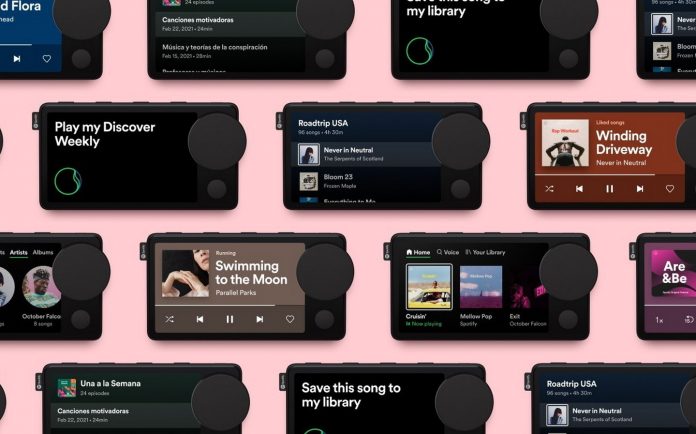 Spotify Car Thing, a device that allows users to control their phone via a dashboard-mounted screen, has gone on sale in the United States of America.

Aimed at drivers of older cars that may not have Android Auto or Apple CarPlay compatibility, Car Thing’s purpose, the company says, is to offer a more convenient way to operate the Spotify music streaming service while driving.

The device doesn’t have speakers of its own, nor does it have a data connection to allow native streaming; instead it pairs with the owner’s phone via Bluetooth and acts as an interface and intermediary between the phone and the car’s speakers.

The gadget must be plugged in at all times too, via either a USB cable or an included 12V adapter, as it doesn’t feature its own rechargeable batteries.

The chief advantage it appears to offer over drivers using their phones to use Spotify on the move is that it has both a dedicated interface and voice-controlled operation, which can be activated using the “Hey Spotify” command.

In testing, the company said that Car Thing users found themselves using Spotify more than they normally would and that it was an easier process than accessing the service using their phones. 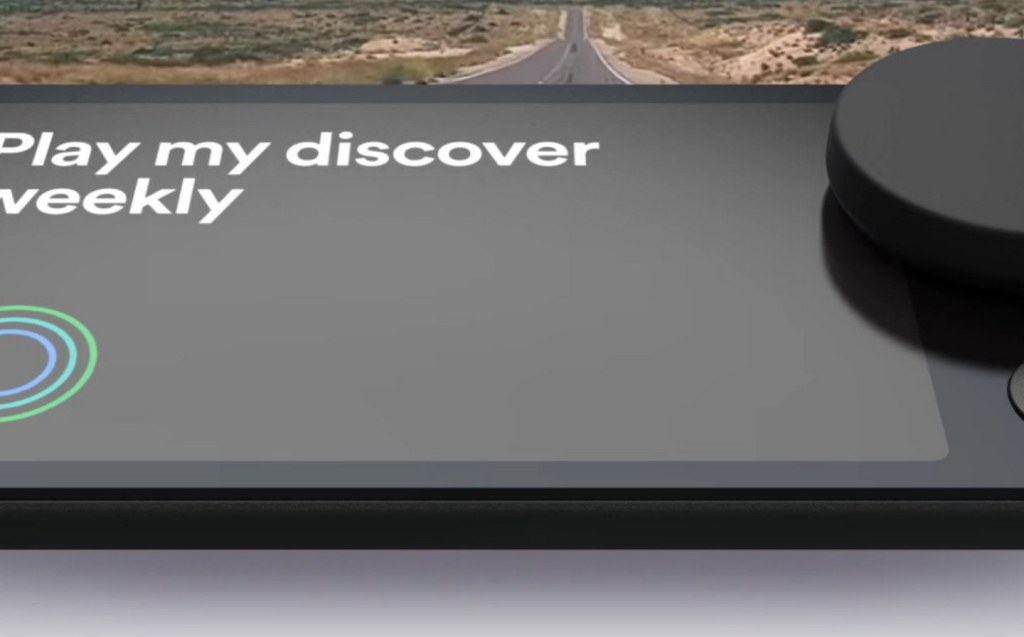 The accessory was first made available free of charge as part of an invite-only limited release last year. Spotify said that it would use the information gathered from that trial run to improve future versions of Car Thing.

Updates to the public version include Night Mode (in response to criticism that the screen was dazzling to drivers during night driving) and an “Add to Queue” voice command function to more easily enable users to line up the next song or podcast.

So far there’s no word as to whether the company is planning to sell the device in other markets such as the UK.

For drivers with a more modern infotainment set-up, a new and updated version of Android Auto is expected soon, though exactly when is unclear. 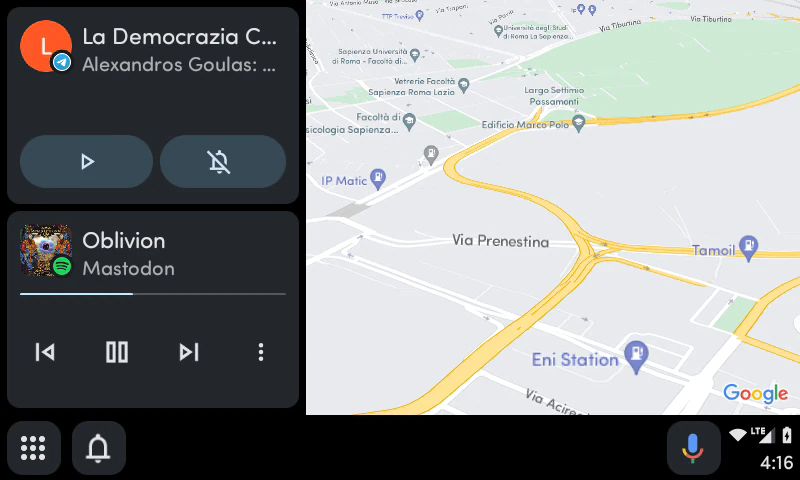 Details are still scarce, but the redesign, codenamed “Coolwalk,” has, according to leaked images on AndroidWorld.it, been reworked to give it a more Apple CarPlay-like look and feel.

Coolwalk would eliminate the status bar showing the user’s battery life, reception and time, placing it instead in the bottom-right corner of the screen.

Also similar to CarPlay, the new interface could let users view the map alongside other cards instead of having to choose just one app to dominate the primary control area, showing either the map or a music app, but not both.

Another reported feature may let the user dismiss an incoming phone call and respond with a text message in one button press. It’s still not known, however, whether the message will be pre-set or if the user will be able to dictate it via Google Assistant.

Share
Facebook
Twitter
Pinterest
WhatsApp
Previous articleFarhan Akhtar-Shibani to Vicky Kaushal-Katrina Kaif: 5 celeb couples who broke stereotypes at their wedding
Next articleSaltburn car park cordoned off for emergency repairs as members of the public asked to stay away