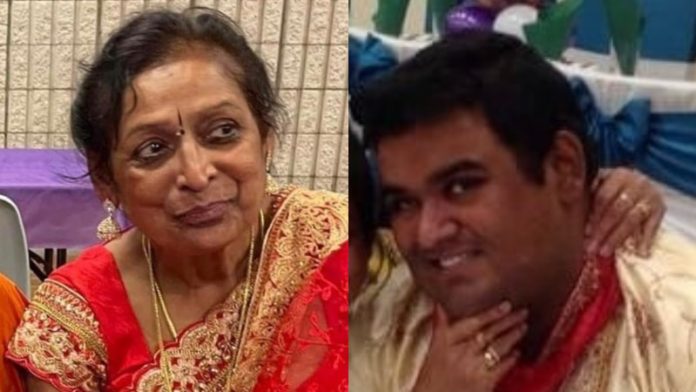 Here’s what you need to know this morning.

Police are appealing for help to find a mother and her adult son after their car was found in a stormwater canal at Wentworthville in Sydney’s west.

Officers were alerted after a Mazda3 was found in the Cooper Creek stormwater canal about 4.30pm yesterday.

Police checked the vehicle and found personal possessions inside; however, they’ve been unable to locate the car’s owner, 67-year-old Hemalathasolhyr Satchithanantham, or her 34-year-old son, Bramooth, who was believed to be with her.

Ms Satchithanantham is described as being of Indian/subcontinental appearance with a medium complexion, she’s 165cm tall with a heavy build, dark shoulder-length brown hair and brown eyes. White dress with a blue pattern.

Bramooth is described as being of Indian/subcontinental appearance with a medium complexion, he’s about 180cm tall, heavy build with medium-length brown hair and eyes. It’s unknown what he was last wearing.

Police have been told Bramooth lives with a number of medical conditions and is non-verbal.

Multiple roads are closed across Sydney and motorists are being advised to avoid travel.(ABC News: Mridula Amin)

The SES warned residents and businesses along Peter Avenue between Onslow Avenue and Belgenny Avenue to leave by midnight, or risk becoming isolated by rising floodwaters at the Camden Weir.

Camden’s Cawder Road between Barsden Street and Murray Street was included in the order.

The SES said if residents did not leave they could become trapped without power, water and other essential services and it might become too dangerous to rescue them.

Earlier the SES issued an evacuation order for another area within Camden, telling residents and businesses near Sheathers Lane, Kirkham Lane, the Poplar Caravan park and parts of Menangle Road to get out by 9.00pm.

Flood evacuation warnings were issued for northern parts of Mulgoa and Emu Plains, near Penrith in Western Sydney.

The SES warned residents in the Hunter region down to the Illawarra, particularly those near the Hawkesbury river, to prepare their homes, with more damaging rain expected overnight and today.

Bureau of Meteorologist (BOM) spokesman Dean Narramore said rainfalls between 50mm and 150mm and wind gusts of up to 90kph were expected over the next 24 hours.

The BOM said an east coast low is likely to form near the Hunter Coast during the night and head south, bringing heavy rainfall and damaging winds.

Space to play or pause, M to mute, left and right arrows to seek, up and down arrows for volume. A landslide in Katoomba after intense rainfall.

Residents are being urged to be careful of waterlogged areas after bad weather triggered a number of landslides in the Blue Mountains and Greater Western Sydney.

Fire and Rescue New South Wales (FRNSW) had to set up exclusion zones at a landslide that blocked the road at Gang Gang Street in Katoomba on Monday.

Crews also responded to multiple landslides in streets near the Nepean River in Emu Heights, and firefighters used pumps to drain water from a pool, after the supporting earth underneath it became dislodged with excessive rain.

Residents also had to be evacuated from homes on Guy Street where another landslide was reported. The Minister, Victor Dominello, said most recipients had been paid quickly.(AAP: James Gourley)

Nearly 12,000 applications for the NSW government’s $320 test and isolate payment have gone unpaid due to suspected fraud, a NSW Parliamentary Inquiry has heard.

Service NSW CEO Damon Rees said of more than 11,700 applications that hadn’t been paid, a large portion were fraudulent.

The one off payment was aimed at workers who needed to isolate themselves and lost income while waiting for the result of a PCR test.

“There was a significant level of attempted fraud on that program,” he told the NSW Budget Estimates hearing.

“I won’t go as far as to say they’re all fraudulent payments but that would account for a large portion of those.”

“There’s a very significant fraud control program that sits around these programs … there’s a lot of care taken and diligence taken to ensure those applications do represent suspected fraud and aren’t false positives.”

Customer Service Minister Victor Dominello said most eligible applicants had been paid as quickly as possible.

“Is it perfect no, but have the majority of people received the bulk of the money, yes,” he said. A dog that spent three days stuck up a tree in the Lismore floodwaters before being rescued by firefighters has been reunited with her family.

“Winnie,” a Bull Mastiff cross, was found by a firefighter from Fire and Rescue NSW (FRNSW) in a kayak after he heard her whimper from a tree where she was stuck five meters off the ground in Union Street, South Lismore.

The crew fashioned a hook and rescued the dog, taking her to a vet where staff had to remove one of her hind legs, injured during the ordeal.

The family, which includes eight children, lost everything in the floods but were overjoyed their beloved Winnie survived, a FRNSW spokesman said.