Home Latest The family is "concerned about the treatment and care" of the 14-year-old...
Latest 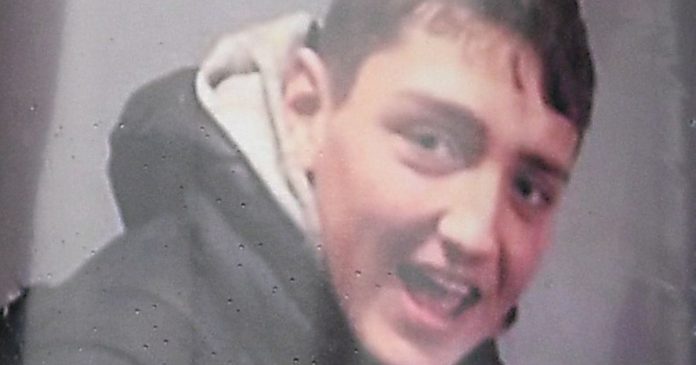 Police, paramedics and council workers are all involved in an investigation into the death of a 14-year-old boy who was behind the wheel of a suspected stolen car during a police chase, a coroner heard.

14-year-old Leo Gradwell is said to have got behind the wheel of a Fiat 500 when it crashed into another car, which was believed to be a Kia Sportage.

Leo was taken to the infirmary of the Royal Albert Edward where he died of his injuries. Leo left his family in Platt Bridge, Wigan, including mother Kirsty Gradwell and father Ryan Robinson.

Two other boys in the car were also injured, including another 14-year-old and a 15-year-old who were in critical condition.

Tributes to Leo Gradwell, who left the place of his death
(Image: Manchester Evening News)

The tragic incident, which occurred on October 11, 2019 on Ashton Road in Golborne, has since been the subject of a number of investigations – two by the Greater Manchester Police (GMP) and the Independent Office for Police Conduct (IOPC).

Police say the chase started when the Fiat didn’t stop for police at around 1:25 p.m. on Warrington Road in Abram.

The crash is believed to have occurred near a bend on the 40-mile road near a farm field and row of bungalows.

The incident has been the subject of a number of investigations
(Image: Manchester Evening News)

An investigation into Leo’s death opened on October 18, 2019 and resumed Tuesday with a pre-investigation hearing in Bolton Coroners’ Court.

The family raised “paramedic treatment and care concerns” for Leo in the hours prior to his death, along with questions about why he was being taken to the Royal Albert Edward Infirmary rather than a “major trauma center” like Salford Royal Hospital, heard the court.

Forensic doctor Timothy Brennand is collecting the IOPC’s own report of the incident, GMP’s serious and forensic collision reports, and audio recordings of police radio transmissions as evidence.

An IOPC spokesman told the Manchester Evening News: “Our investigation into a October 2019 pursuit by Greater Manchester Police on Wigan Road, Leigh that resulted in the death of 14-year-old Leo Gradwell, closed in October 2020.

“Our final report was shared with GMP and the coroner. We will consider releasing our results after the future investigation.

“Our thoughts stay with Leo’s family and everyone involved in the incident.”

The North West Ambulance Service said, “NWAS participated in a major motor incident that resulted in the tragic death of a 14 year old boy.

“Our condolences go out to the family and friends of Leo Gradwell and our thoughts go with them at this difficult time. The investigation is ongoing and it would therefore not be appropriate for us to make any further comments at this time.”

Witnesses who produce “material evidence” must appear in person to be heard.

Forensic doctor Brennand told the court: “The central question is how and in what way death occurred.

“If the scope of the investigation is to be broadened, we must be clear about that.”

The material is collected and shared among those interested.

Two more pre-screening checks are scheduled for July 13 and September 6, before a full screening is conducted in the week beginning October 4, 2021.

The Greater Manchester Police Department has been asked for a comment.