Traffic queuing on A21 near Sevenoaks and Tonbridge after car crash 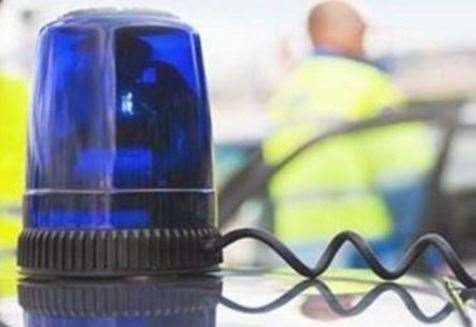 Traffic is queuing for three miles after a vehicle flipped in a crash on a major road.

Police and ambulance crews rushed to the two-car collision on the A21 Tonbridge Bypass southbound shortly before 11.30am.

Two cars have crashed on the A21 near Sevenoaks and Tonbridge. Picture: Google Street View

The incident is believed to have happened just before the A225 turn-off for Sevenoaks and Hildenborough.

One of the vehicles was found on its roof, but there were no serious injuries.

Lane closures remain in place while vehicles are recovered, leaving traffic tailing back for three miles on the southbound carriageway.

Travel time is said to be about 20 minutes.

Share
Facebook
Twitter
Pinterest
WhatsApp
Previous articleChannel 4 Gogglebox fans share support for Ellie and Izzi as they miss show while Nat is in hospital after being hit by car
Next articlePandemic, flight ban elevates Goa to top of destination wedding charts | goa news