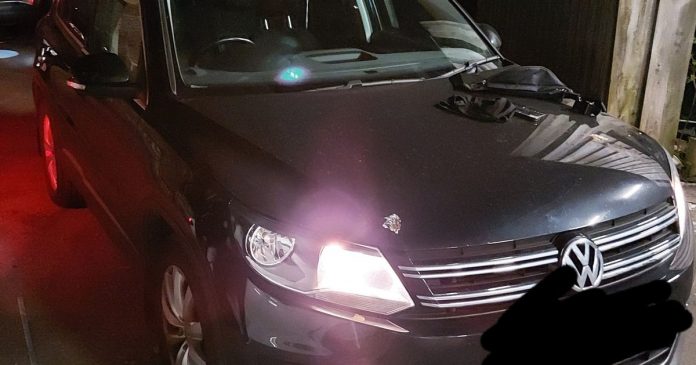 Three people have been arrested after a stolen car was driven the wrong way down the M60.

Police spotted the Volkswagen and found it was suspected stolen after a recent burglary. The driver then drove the car on the wrong side of the motorway near Middleton.

As it got to junction 20, police patrols were waiting for it. The three suspects inside the car tried to run from the scene.

READ MORE: Crack dens, raids and arrests: Police swoop on homes across Rochdale as part of monthly ‘blitz’ on crime

All three were arrested and are now in custody. GMP Traffic tweeted about in the incident this morning and shared a picture of the car.

Alongside the photo an officer wrote: “#TVIU spotted this vehicle which was recently stolen in a burglary. It drove the wrong way along the #M60 in Middleton to Jct 20 where #XTS8 and a number of other TVIU patrols were waiting for it.

“The three occupants tried to run but were all arrested. #teamwork #lockedup.”