Within the industry: VW’s robust health should inspire the automotive world 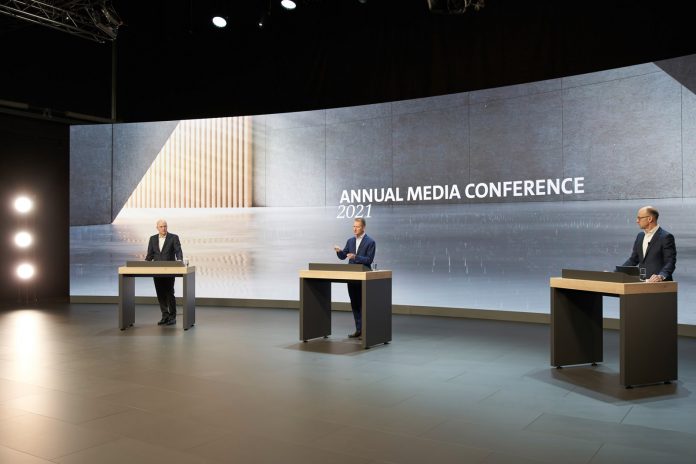 It doesn’t often happen that you celebrate operating profits around half what they were last year, but after the challenges of the past 12 months, the Volkswagen Group’s revelation that it deposited around £ 8.6 billion in its toughest years is proof of that its continued attractiveness, resilience and worldwide distribution – especially in China, where sales, especially of Plusher models, have produced impressive results.

It was also noteworthy that the comment merely paused on these numbers, underscoring that the group (and Chairman Herbert Diess in particular) is in a hurry to look ahead rather than backwards.

Alongside the reports, there was news of ambitious investments in EV battery facilities (six in Europe), EV charging infrastructure (18,000 new fast chargers, half of which related to BP) and plans to increase the cost of EV battery production through a new unified cell structure cut in half.

This avalanche of news focused on electric vehicles should leave you in no doubt that the Volkswagen Group is on its way to electrification, albeit one that is pragmatically stopping the engine instead of dropping it (highlighted by the awkward Admission that it missed its EU emissions target in 2020, which is expected to cost around £ 80m in fines).

It was also remarkable how Diess put the group’s money where his mouth is, investing £ 30 billion in EV technology over the next five years. Tesla spends around £ 1.5 billion on research and development every year, albeit with very different ambitions.

But perhaps the bigger news has been a commitment to spend an additional £ 23 billion over the next five years on digital transformation, from software creation to optimizing the connected car that can be connected to the mothership for wireless updates or the closest dealer for Repairs.

These are expenses that were justified in order to bring the group closer to its customers and to make its processes leaner, faster and therefore cheaper. However, this is not without controversy. Concerns range from the ability to build the billion dollar expertise of large tech companies to moral issues surrounding data collection.

The argument will rage over the latter point, but the freedoms (and stock values) granted to Tesla, Byton, Nio, and others leave all automakers with no choice but to pursue the same goals. It’s also a reminder that electric propulsion is only part of the journey the industry is facing.

Despite the wealth they generate, automakers don’t have many cheerleaders outside their own walls. But after the years of turmoil, the Volkswagen Group’s robust financial health and heavy investments will bring comfort to its 600,000+ employees and the estimated five million more workers who depend on it.

The Volkswagen Group will open six European giant factories by 2030