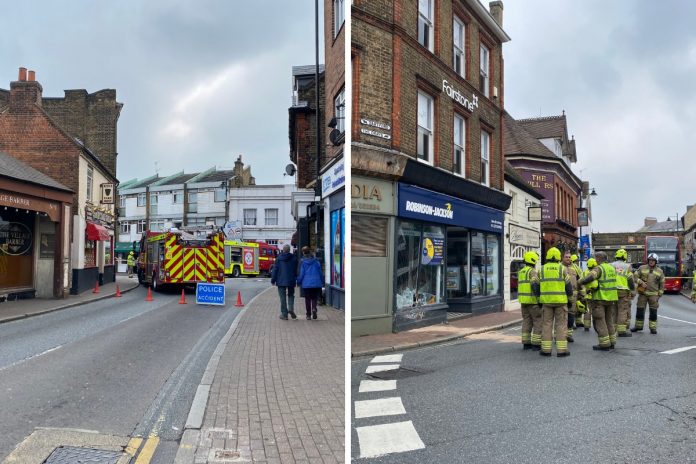 A woman in her late 80s has crashed her car through the window of an estate agent shop in Bexley Village.

Emergency services were called to the scene on Bexley High Street shortly after 1.50pm today (March 30).

The driver of the car, a passenger, and a person who was in the shop was checked by London Ambulance Services.

No injuries were reported.

No arrests have been made as enquires continue.

A passerby who was at the scene said: “I was shocked to see on what happened.

“I heard the police and the Brigade rushing down the village.

“Hopefully no one was hurt.”

A spokesperson for Met Police said: “Officers were called at 1.52pm on Wednesday, 30 March to Bexley High Street, Bexley.

“A car had driven through the window of a commercial premises.

“The driver of the car, a woman in her later 80s, her passenger and a person who was in the premises were all checked by LAS, no one was injured.

Have you got a story for us? You can contact us here.

Sign up to our newsletters to get updates sent straight to your inbox.