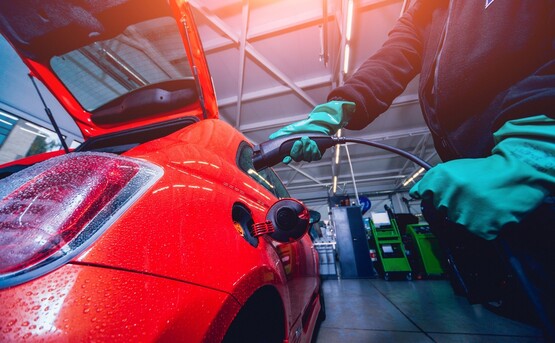 Car buyers have cited the government’s plug-in grant as a “very important” driver in the move to electric vehicles (EV) as 79% said they disagreed with recent government changes to the system.

And more than half (56%) of 2,456 respondents who recently owned a What Car? The survey found that they would have preferred to raise the fuel tax instead after an 11-year freeze, as 62% believe the recent changes to the government’s PiCG show don’t commit to a green future.

The results of the survey of in-market buyers suggest that the decision to cut the incentive further – lower the grant from £ 3,000 to £ 2,500 and limit the vehicles allowed to £ 35,000 – is consumer considerations about vehicles with alternative fuels (AFVs)).

Critics of the program have already questioned the move that appears to run counter to the ambitions of the UK government’s Road to Zero strategy. The managing director of the Society of Motor Manufacturers and Traders (SMMT), Mike Hawes, called it “the wrong step at the wrong time”.

Steve Huntingford, Editor at What Car? Said, “The government’s decision to cut the Plug-in-Car (PCiG) grant took many by surprise over the past week, and our latest research shows that the vast majority the public disagrees with the movement.

“While there are more electric vehicles on the market today than ever before, their cost at a variety of prices remains a barrier to entry for many, and the grant has been instrumental in encouraging motorists to make the switch.

“Our research suggests that the cut in the grant and the introduction of a new list price limit of £ 35,000 will cause many potential EV buyers to delay their purchase.”

The government’s PCiG program was launched in 2011 to encourage both motorists and vehicle manufacturers to switch to electrical power by making these models more affordable to buy.

When asked how important the grant is in influencing their purchasing decision, two thirds of potential electric vehicle buyers defined the grant as “very important”.

Earlier this week, AM reported how automakers had ramped up their EV news over the past week to highlight the continued suitability of their EVs for PCiG.

However, it is believed that more than 20 models for sale in the UK have lost their eligibility.

As part of the government changes, MG pledged to give EV buyers interested in its ZS EV SUV and MG5 SW EV a £ 3,000 contribution in order to receive previous benefits while Skoda and Citroen maintain the continued suitability of their new launched Enyaq and heralded eC4 flagship EV models.