Car lands upside down on roundabout in Redditch 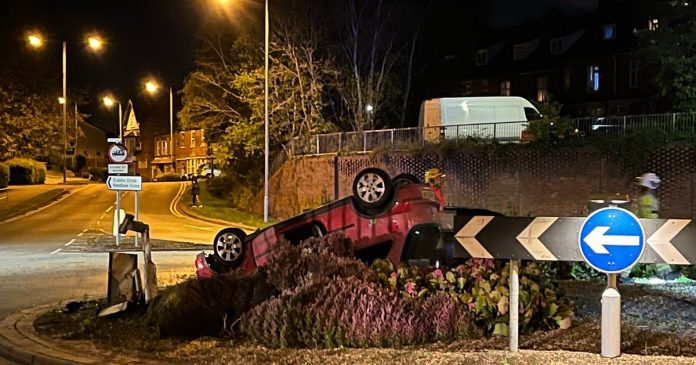 One driver had a topsy-turvy but thankfully injury-free end to the bank holiday weekend after ending upside down on a roundabout to the south of Birmingham. The police’s Operations Patrol Unit in Worcestershire tweeted a picture of the vehicle at 9.58pm today (Monday).

The accident happened at a roundabout on the A448 at Redditch, on Rough Hill Drive. The driver was able to get out of the vehicle having escaped serious injury, and was able to supply a breath test to the police who had arrived at the scene. Information about the result of the breath test was not released.

The police tweet stated: “A448 Rough Hill Drive Redditch. Not everyone’s bank holiday weekend has ended well. Breath test still pending. But this could be so much worse.”

For more stories from where you live, visit InYourArea.