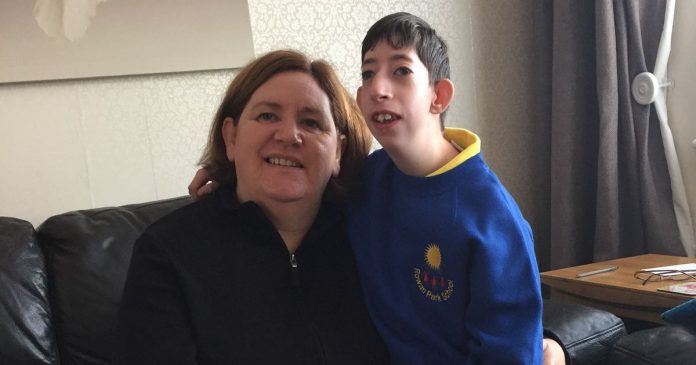 A mum has told of her anger after she received a car parking fine when her electric vehicle got stuck at a charging point.

Sue Connerty, from Merseyside, was fined £100 for staying in a two-hour maximum stay car park for an additional 38 minutes. She decided to charge her MG electric car while taking her disabled son, Alex, for a coffee.

The Echo reports that the mum-of-three went over the two-hour limit at the Central Square car park in Maghull because she was unable to detach the charging cord, which had got stuck in the car. She was forced to wait for the AA to help her free the vehicle. A week later, Sue received the fine from Euro Car Parks. She wrote to the firm to explain the unfortunate circumstances and appeal the penalty but was disgusted when she was told she still had to pay it.

Euro Car Parks responded by saying: “Having carefully considered the evidence provided by you we have decided to reject your appeal. “The car park is operated by Automatic Number Plate Recognition (ANPR) – cameras capture an image of vehicles entering and leaving the car Park and calculate your length of stay. Your vehicle was parked longer than 120 minutes/hours, therefore the notice was issued correctly and remains payable.”

Sue told the ECHO: “There was nothing I could do to move. Other than literally trying to drive away and break my car, I had to stay there.” She also contested the fine with POPLA – an independent appeals service for parking charge notices issued on private land. However, this appeal was rejected as well.

Sue continued: “The stress of having a disabled child in this situation and then to have this fine hanging over me which I can’t afford to pay in the first place.

“They have reduced the fine to £60 but I still have to pay it. I’m furious over it, I really am, I just don’t understand the mentality behind it. I’ve given a totally valid reason for why I went over the time limit.”

A spokesperson for POPLA said: “In this case, as the vehicle was on site for 38 minutes longer than permitted, we found that the Parking Charge Notice (PCN) was issued correctly. While the reasons for breaching the parking conditions were outside of the driver’s control, the Parking Operator isn’t obliged to cancel a PCN due to mitigating circumstances, and we have no influence over their decision.” The Echo approached Euro Cark Parks for a comment but the firm had not responded by the time the paper published the story.

For more stories from where you live, visit InYourArea.