Child, 7, hit by car in Lozells 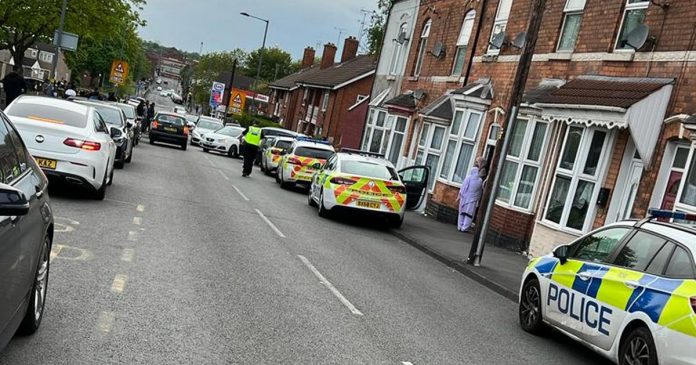 Police blocked off a city street after a child was hit by a car. The seven-year-old was taken to the hospital after she was struck by the vehicle.

Several marked police cars were seen lining Gerrard Street, Lozells on Saturday evening, April 30. Officers were responding to ‘reports a child had been hit by a car’ just before 6.40pm.

The girl was taken to the hospital. Fortunately her injuries are not believed to be serious.

The driver of the car was spoken to at the scene, West Midlands Police said.

A spokesman for the force said: “We were called to Gerrard Street just before 6.40pm yesterday to reports that a child had been hit by a car.

“The girl aged seven was taken to hospital but is not believed to have been seriously injured.

“Officers spoke to the driver at the scene.”