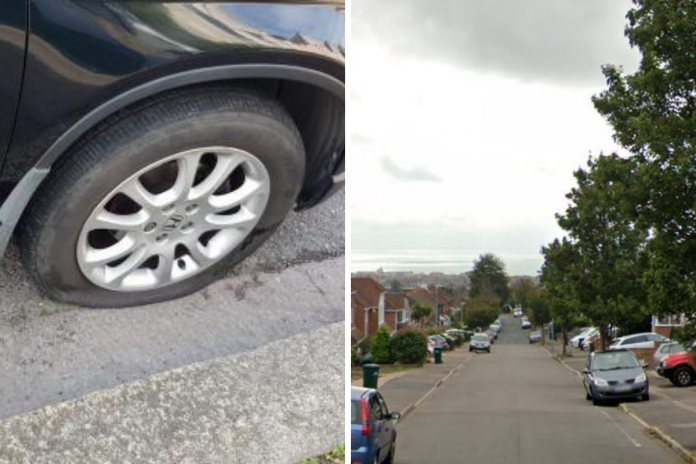 A CLIMATE activist group targeted cars in a “wealthy area” as part of further action to “disrupt” the use of SUVs.

An email to The Argus yesterday said tires were being “deliberately deflated” and that cars in the Woodland Drive and Dyke Road area in Hove had been targeted overnight.

At least one tire was deflated on each car and a leaflet was left behind on their windscreens, although it is unclear how many cars were affected.

Another email sent yesterday morning said the group, called Tire Extinguishers, had targeted around 300 cars in Brighton and Hove. Sussex Police have 54 reports of tires being deliberately deflated.

Sussex Police said it had not received “any further reports of tires being deflated overnight, so far”.

Tire Extinguishers are said to be a splinter group of Extinction Rebellion and first started their spree of tire deflating on the weekend of March 7 and March 8.

The group said it wanted to “make it impossible to own an SUV in the UK’s urban areas”.

There have been incidents all over the country over the same time period.

The incidents started from March 7 and March 8

Many of the cars, which are normally SUVs, have been left with leaflets saying that people who drive their “massive” cars in cities are having “huge consequences for others”.

The full email said: “I would like to make The Argus aware that in several areas around Hove, SUVs have had their tires deliberately deflated.

“These SUVs, often a status symbol for the wealthy, were targeted by activists on behalf of the group Tire Extinguishers, which seeks to disrupt the use of these vehicles and draw attention to the disproportionate damage they do to the climate, to air quality and to public safety in our urban areas.

“The action taken today mainly targeted SUVs in the wealthy area between Woodland Drive and Dyke Road in Hove.

“On each vehicle, at least one tire was deflated and a Tire Extinguishers leaflet was left beneath the windscreen wipers to make owners aware of the action and the reasons behind it.

A Lexus NX 300h which had its tires deflated at Wilbury Avenue, Hove

“Driving an SUV is among the worst single actions that one can take in terms of its climate impacts and its adverse effects on public safety. If SUV drivers were a country, they would already rank 7th in the world in CO2 equivalent emissions.

“They present a greater danger to pedestrians (and their drivers) than ordinary sedan cars due to their greater height and weight. Their ownership should therefore be discouraged or banned, and if governments are not going to take action to achieve this then the people will.”

A Sussex Police spokesman: “We have not received any further reports of tires being deflated overnight, so far.

“We’re continuing to investigate, as per the previous press release, and encourage any victims to report online, via 101 or through 999 in an emergency, quoting Op Extinguisher.”