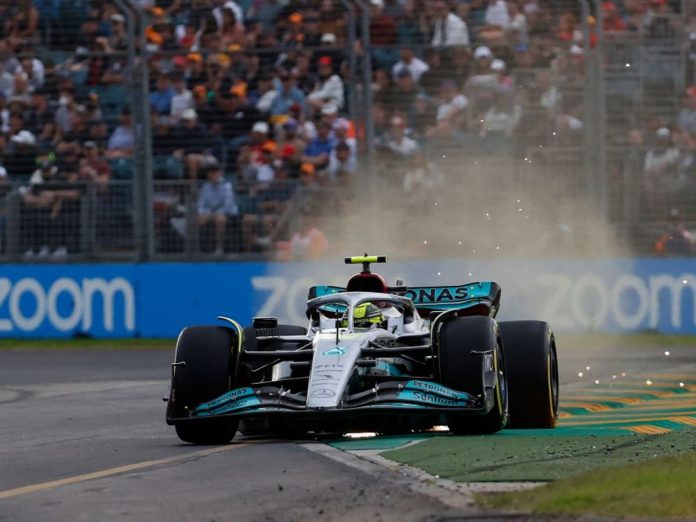 Former F1 team boss Giancarlo Minardi has urged Sebastian Vettel to retire from the sport because he ‘won’t win any more races’.

The four-time world champion missed the first two races of the 2022 season after testing positive for coronavirus.

He then returned at the Australian Grand Prix but only qualified in 18th place, before then retiring from the race on the Sunday.

And Minardi, who was in charge of his self-named team from 1985 until 2006 when it was bought by Red Bull and renamed Toro Rosso, feels Vettel should call it a day.

Speaking to Corriere della Sera, he said: “He was unlucky to have missed two GPs with Covid, in the third one he went out.

“But he should retire. He has a lot of money, he’s won a lot of titles and he won’t win any more [races].”

Australian GP might be ‘good as it gets for a while’ for McLaren, admits Norris

Lando Norris says McLaren’s finish at the Australian Grand Prix could be as “good as it gets” for the Formula 1 team for a while.

Norris and teammate Daniel Ricciardo bagged points in Melbourne, finishing fifth and sixth respectively. It was the best weekend McLaren had so far this season with Ricciardo picking up his first points of the campaign and Norris grabbing his highest finish. The British driver ended in seventh in Saudi Arabia and 15th in Bahrain.

But Norris has curtailed McLaren fan hopes of the Australian race being a springboard and says the reality is the team won’t achieve much more in the near future.

Sainz’s results setting him up for ‘supporting role’ to Leclerc, says Brundle

Carlos Sainz may have to play a supporting role for his Ferrari teammate Charles Leclerc due to the 2022 results so far, says Martin Brundle.

Sainz has finished on the podium twice this season but a horror weekend in Australia saw him score no points for his team. Leclerc, meanwhile, has won two races and finished second in the other. The Ferrari man has recorded the best opening haul of points since Michael Schumacher’s start to the 2004 campaign.

Brundle says Sainz may have to help Leclerc to the title if he cannot win a race at the next few events.

“Leclerc has stepped up to a higher plane, delivering speed with consistency and seemingly always a half-a-step ahead of this car, rather than close to the edge of the car’s limit and the occasional heavy shunt as we’ve seen in the past,” he wrote for Sky Sports. “The new regulations suit him and he’s developed confidence and increased self-belief.

“His teammate Carlos Sainz had the weekend from hell, missing out on a solid qualifying lap when his friend Fernando Alonso caused a red flag by crashing due to technical issues, and then with further engine starting dramas not delivering a representative lap.

Schumacher won seven world titles for Ferrari and Leclerc was close to equaling the F1 legend’s achievement in the opening three races. Leclerc has had the best opening to a season for Ferrari since Schumacher in 2004, the German got a perfect 30 points from three races while Leclerc has recorded 71 from 78 points available.

“I had a little bit of a shiver actually, a flashback to when Michael was dominant in the Ferrari,” Coulthard told Channel 4. “All my fears came back again! We’ve got to acknowledge he [Leclerc] is a quality driver, a great human being.

“Ferrari has worked hard, and Mattia Binotto, what a cool character he’s been under all the pressure of the lack of performance over the last two years. That [Leclerc’s drive] what dominant. That really was an impressive display.”

Perez concerned about the fragility of Red Bull this season

Sergio Perez says he is “certainly concerned” with the fragility of Red Bull’s car in the 2022 season.

The driver had to retire from the Bahrain Grand Prix, as did teammate Max Verstappen, due to issues with the car. Defending champion Verstappen also had to pull out of the Australian race which squared Ferrari’s Charles Leclerc to another victory.

Perez says the entire Red Bull team are working on the problems in order to secure more points going forward.

“It’s certainly a concern,” Perez said. “We’ve lost a lot of points already in these first three races that in the end can make a huge difference in the championship. So we are obviously aware of it.

“All the team back home in Milton Keynes, here, are working flat out to try to come up with solutions.

“We don’t know exactly the issue on Max’s car. So yeah, we will see and I’m sure we will turn things around and hopefully we can start again from zero when we go back to Europe.”

Mercedes chief strategist James Vowles says an “enormous” amount of work is being done on the team’s car ahead of Emilia Romagna Grand Prix.

Despite the sluggish start, Mercedes are second in the constructors title with Hamilton’s teammate George Russell runner-up in the driver standings. And Vowles says the team are dedicated to improving the car ahead of the next race on April 24th.

“I often think people see the race team on TV and think that’s the entire team. It’s not,” he said. “We are fortunate to have a base in Brackley, and in Brixworth, with hundreds of people working every hour they possibly can to make this racing car fast, competitive and a championship winner.

“The work that goes on between races is enormous. There is a turnaround of components, there are upgrades, there is an understanding of problems that we have and how do we move the performance forward both on the PU side and also on the chassis side.”

Ex-Formula 1 driver Mika Hakkinen believes Lewis Hamilton may be looking to leave Mercedes after a bad start to the 2022 season.

Hamilton has been on the podium once this campaign, a third place finish in Bahrain, leaving him in fifth in the driver standings. The British driver would have been targeting a record eighth title this season but he is currently 43 points behind leader Charles Leclerc.

The same can’t be said for Hamilton’s teammate George Russell who slid into second after a podium finish at the Australian Grand Prix.

“George comes from a team with little or no success. He had some good results in qualifying but not in races. All these achievements with Mercedes are new to him. Everything feels super good,” Hakkinen said.

“For Lewis, this is a disaster. And with George being ahead, it’s even worse. I wonder how Lewis behaves in the team meetings – I bet he’s sulking. I can imagine the sulking. There’s lots of complaining and whining.

“And now starts the natural thought process of drivers. ‘Should I go somewhere else?’

“It’s a fact. He’s been at Mercedes for years and won multiple championships. Now that things are not going well, he’ll start thinking of switching teams.”

After a sensational three races in Bahrain, Saudi Arabia and Australia, the 2022 Formula 1 season heads to Europe for the first time this year as the Emilia Romagna Grand Prix takes place in Italy this weekend.

The Imola circuit will play host to the 20 drivers and 10 teams as Charles Leclerc seeks a third victory in four races.

Ferrari have shown they are clearly the team to beat, with Red Bull the only team who can seemingly keep pace.

But Red Bull have their own issues with reliability, a host of problems which have allowed Mercedes’ George Russell to move into second place in the drivers’ standings.

Leclerc is already 34 points clear and could extend his advantage this weekend.