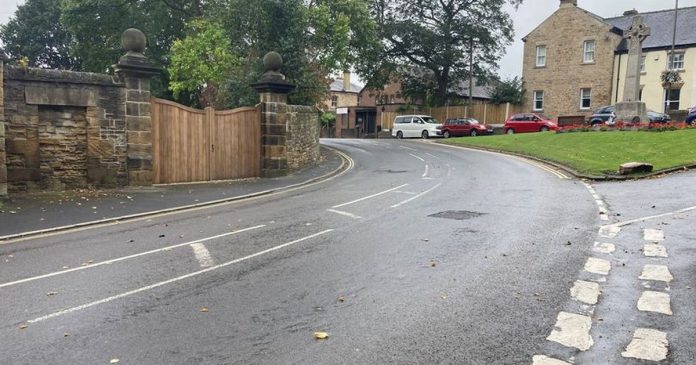 The family of an elderly woman who was killed after being hit by a car have said they do not blame the driver. Ina Crouch, 94, of Eckington, was hit by a car on Church Street in the same town on September 27, 2021. She was pronounced dead at the scene after sustaining severe injuries.

An inquest into her death, conducted by Charlotte Crangle, assistant coroner for the Derby and Derbyshire area, was completed at Chesterfield Coroner’s Court yesterday (April 19). The family of Ms Crouch said they do not blame the driver of the vehicle who hit their relative.

Ms Crangle explained that Ms Crouch, 94, was crossing Church Street after visiting the cemetery. Traffic along the road was at a standstill on one side due to traffic lights.

Read more: All the latest inquest news from across Derby and Derbyshire

Andrea Collins, who was in her car waiting at the traffic lights at the time of the incident, saw Ms Crouch start to cross the road, crossing in between the line of cars. Ms Collins explained how the victim only looked in one direction and may have assumed all the traffic was stopped.

She stepped out from behind the cars and was hit by a Kia Sportage traveling in the other direction. The Kia vehicle, which was being driven by a mother and her nine-year-old daughter, hit the woman who hit the bonnet of the vehicle and rolled across the road.

The driver stopped to assist Ms Crouch and called the emergency services, as did other witnesses to the incident. When paramedics arrived at the scene, they attempted to save Ms Crouch’s life but she was declared deceased after suffering a cardiac arrest.

A post-mortem examination carried out by Dr Georgina Howarth on October 7 found there were multiple lacerations on her body, fractures and multiple contusions of the brain as a result of the collision. Ms Crouch also had kidney disease, but this was not a contributing factor in her death.

Dr Howarth concluded that the primary cause of death was severe traumatic head injury.

Robert Finch, a vehicle examiner for Derbyshire police, confirmed during the inquest that there was nothing mechanical or electrical wrong with the vehicle that struck Ms Crouch that could have contributed to the crash. No witnesses of the collision heard any screeching brakes, leading to Ms Crouch being struck with force.

Ms Crouch’s niece, Ms Arnold, who was in attendance at the inquest, explained how her aunt was partially deaf but was spritely for her age and may have stepped out into the traffic thinking she could make it across the street.

She added that the family do not blame the driver for what happened and that “it was not the driver’s fault” that her aunt was struck by the vehicle.