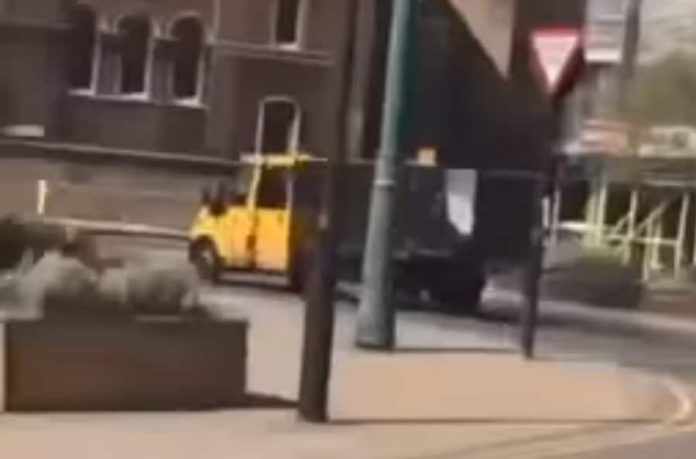 Officers said the truck rammed into the police car at around 10:50am on Good Friday morning in Landor Road.

The officers were in a marked police car and indicated for the yellow and black Ford Transit tipper truck to stop because of the manner of the driving and damage to the vehicle.

Instead of stopping, the truck reversed at speed into the bonnet of the police car, causing extensive damage.

One officer needed hospital treatment for injuries to his head and hand but has since been discharged. A second officer was assessed at the scene by paramedics.

Police looked for the truck at the time but could not find it for about three days.

The truck was found on Monday (April 18) in south London – detectives are not saying where for operational reasons – and has been seized for further examination.

Police are still pursuing all lines of inquiry to work out who was involved. Anyone with other information that could help police is asked to call 101 ref CAD 2376/15APR.

Information can also be provided to Crimestoppers, anonymously, on 0800 555 111.