Female police officer and a motorist dead after a shocking three-car crash near Mildura, Victoria 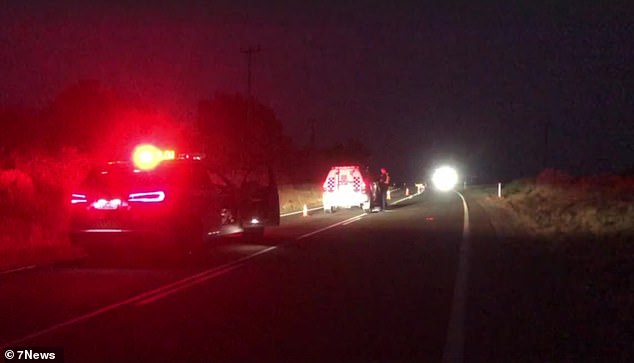 A police officer and a motorist have been killed in a three-car crash near the Victoria-NSW border.

Police said an unmarked police car and a ute crashed head-on at Red Cliffs, near Mildura, about 10pm on Friday.

The driver of the ute was killed, and two children who were passengers were taken to the hospital.

The driver of a third car and a child passenger were also injured and assessed in hospital.

‘Initial investigations indicate that a Nissan Navara utility traveling in the opposite direction has veered across the path of the police vehicle and crashed into them head-on,’ he said.

Police said an unmarked police car and a ute crashed head-on at Red Cliffs, near Mildura, about 10pm on Friday

Cmsnr Patton said a 43-year-old leading senior constable stable was critically injured in the accident and taken to Mildura Base Hospital before flown to Royal Melbourne Hospital.

‘The driver of the other vehicle, the Nissan Navara, passed away at the scene and the major collision unit is now investigating the matter fully.

‘I can say at this stage there is no indication of any attempt by the police vehicle to be intercepting anyone, no pursuit involved.’ 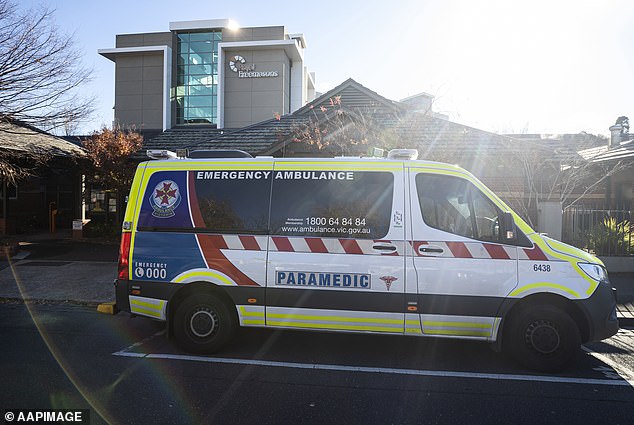 Kulkyne Way is expected to be closed for some time and police have urged anyone with information to contact Crime Stoppers.

The Vic Emergency website reported that as many as six vehicles were responding to an incident around 10:30pm on Kulkyne Way in Red Cliffs.