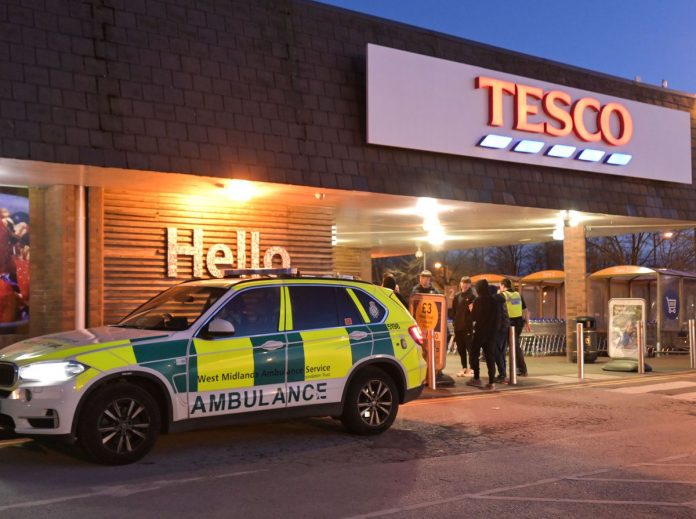 The man was found on the car park of Tesco in Brownhills. Photo: SnapperSK

Emergency services descended on Tesco in Brownhills after the man was found injured on Monday afternoon.

An air ambulance was sent to the scene along with multiple land ambulances and police cars at around 5pm but the man could not be saved.

Police officers stayed at the car park throughout the evening, with cordons put in place around the superstore on the High Street as detectives started their investigation.

An incident support unit was sent to the car park as officers scoured bushes and bins for evidence and examined some of the cars in the car park.

Police were seen examining some of the cars parked outside Tesco. Photo: SnapperSK

The nature of the man’s injuries have not yet been confirmed.