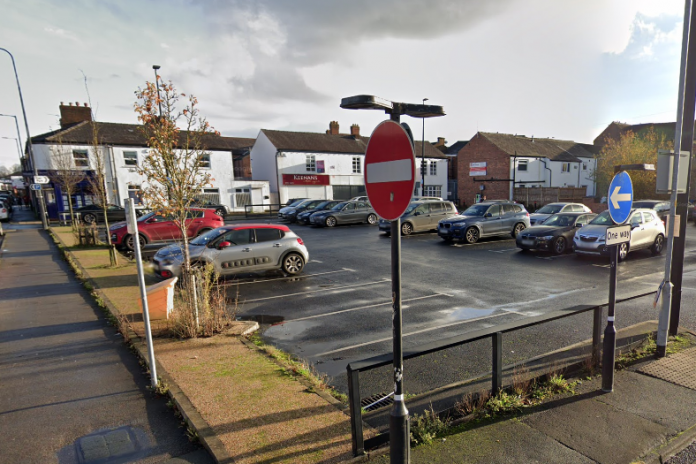 A MAN who believed he had been swindled in a deal over an iPhone, launched a terrifying hammer attack on a couple’s car.

Sophie Kenny, prosecuting, told Bolton Crown Court how, at 2pm on March 5 last year, Monika Kaminska was driving her VW Tourag car, with her husband in the passenger seat when an Audi blocked their exit from Lord Street car park in Leigh.

Lee Drury, aged 41, got out of the Audi and began shouting at the couple to get out of the vehicle and punched and kicked their car.

“The defendant can be seen in that footage to return to his vehicle and pull out a hammer and then to hit the Volkswagen with that hammer, causing damage to the windscreen, passenger wing mirror and rear driver’s side window,” said Ms Kenny.

Altogether the damage to the Toureg cost £7,479 to repair.

Frightened Mrs Kaminska managed to maneuver the vehicle out of the way and drove straight to Leigh police station, followed by Drury in his car, who had shouted, “I’ll find you again” to the couple as they drove off.

When he arrived at the station Drury, of Entwistle Street, Swinton, was arrested but gave “no comment” replies to officers’ questions.

At court he pleaded guilty to affray and criminal damage.

Paul Treble, defending, said Drury is “deeply remorseful” for his behavior and regrets it.

“He now appreciates how frightening it must have been for the victims,” said Mr Treble, who added that, at the time, chemical engineer Drury was suffering from mental and emotional turmoil having lost his job and had broken up with his partner.

“He then bought a phone (I am not saying it was from the victim), but he was swindled – it was a fraud,” said Mr Treble.

When visiting his father-in-law in Leigh he encountered, by chance, Ms Kaminska’s husband.

“The defendant thought this was the man who swindled him,” said Mr Treble.

“It wasn’t revenge. He was trying to resolve matters in his way. When, potentially, the innocent party didn’t respond, he just lost control and acted in this disgraceful manner.”

Mr Treble added that Drury, a father-of-two, acted out of character and has mental health difficulties which mean he struggled to control his behavior and has sought therapy.

Recorder Simmonds told Drury: “You believed that Mr Zuk, who was in the passenger seat, had conned you out of £900 by selling you an iPhone which he then reported as stolen,” said Recorder Simmonds.

“As such you were incredibly angry and it seems to me that, when you saw him, you were intent on some sort of revenge or retribution.

“The occupants of the vehicle were, understandably, terrified.”

“This was a determined effort on your part to cause as much damage as you could. You were incensed and out of control.”

But she added that she believes Drury is capable of being rehabilitated and sentenced him to 10 months in prison, suspended for 18 months.

He was also ordered to carry out 100 hours of unpaid work and must participate in 20 days of rehabilitation activities.