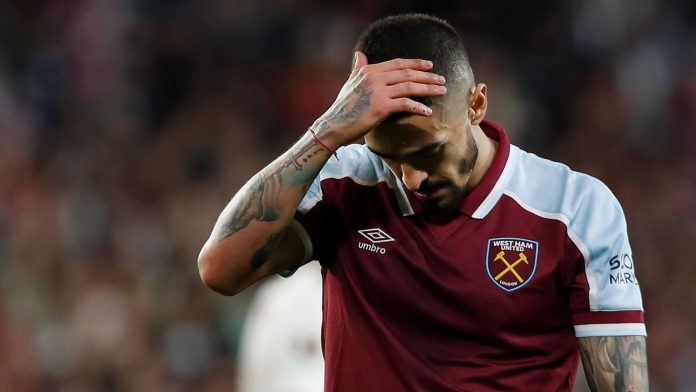 The 29-year-old had returned to England following the international break where he had been away with Argentina.

He was on his way to the Premier League club’s east London training ground in Rush Green when the collision happened on the A12 at around 2pm on Thursday.

Lanzini was a passenger in the chauffeur-driven vehicle and was not taken to the hospital following the crash.

He was later assessed by the West Ham medical team at Rush Green and was declared fit and well. The Hammers player did not require any treatment in hospital.

The Metropolitan Police said it had been called to reports of a crash, adding: “Officers attended and it was reported that a car had left the westbound carriageway before colliding with a tree.”

Meanwhile, a spokesman for West Ham said: “I can confirm the accident took place.”

The midfielder was an unused substitute in Argentina’s 3-0 victory over Venezuela and 1-1 draw with Ecuador during the international break.

He has featured 35 times for West Ham this season and manager David Moyes will be hoping to call upon him for their home match against Everton on Sunday.