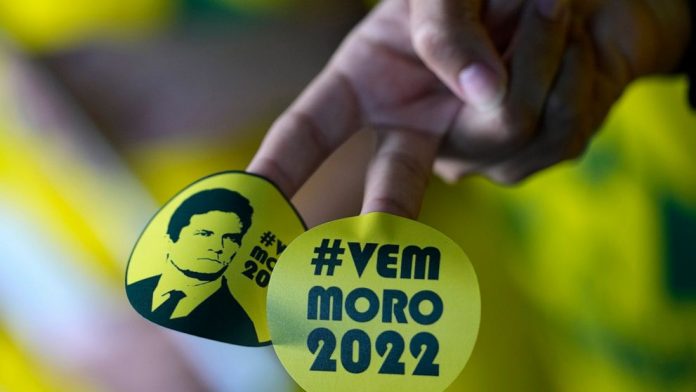 The former judge had sought to cast himself as a viable alternative in a race likely to be dominated by leftist former President Luiz Inácio Lula da Silva and the far-right incumbent, Jair Bolsonaro. But Moro’s efforts failed to gain traction, with opinion polls putting him far behind, his support never getting out of single digits.

“Brazil needs an alternative to get rid of the extremes, of instability and radicalization,” Moro said in a statement announcing his decision not to run.

Moro became known as a crimefighting crusader as he jailed people once thought to be untouchable, including da Silva, who leads early polling for the October election. He sentenced da Silva to jail on corruption charges in 2018, knocking the then frontrunner from that year’s presidential election, which was won by Bolsonaro.

Bolsonaro tapped Moro as his justice minister, but the two had a public falling out. Da Silva, for his part, was released from jail in 2019 and his convictions were later tossed out after the Supreme Court determined Moro had issued his rulings with bias.

A series of leaked messages published by The Intercept Brazil showed that Moro colluded with prosecutors to secure da Silva’s conviction. Moro has denied all wrongdoing, saying the conversations reveal no impropriety.

Brazilian media reported that the former judge will now seek a seat in Congress’ lower house in the October elections.

“I will be a soldier of democracy to reclaim the dream of a better Brazil,” Moro said in his statement.