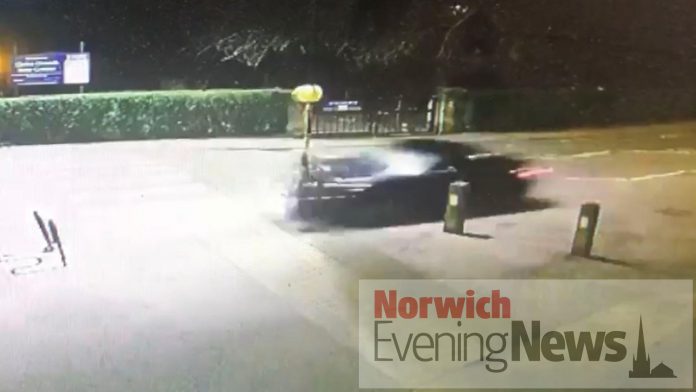 Inquiries are ongoing following a crash involving a stolen car in NR3.

A stolen black Audi TT was captured on CCTV plowing into lamp posts before careering into a series of bike racks in the early hours of March 7 at Magdalen Road.

Police were called to the scene of the collision at 04.57am.

Video shows the car driving at speed before colliding with a lamp post, leaving debris in its path before skidding to a halt in the direction of oncoming traffic.

The driver of the vehicle then fled the scene.

The incident is linked to a robbery after a man forced his way into an address and stole a handbag containing car keys in Cowgate.

Police inquiries are ongoing at this time.

Those with information can contact Sgt Mike Johnston at Norfolk Constabulary on 101 quoting crime reference 36/17066/22.