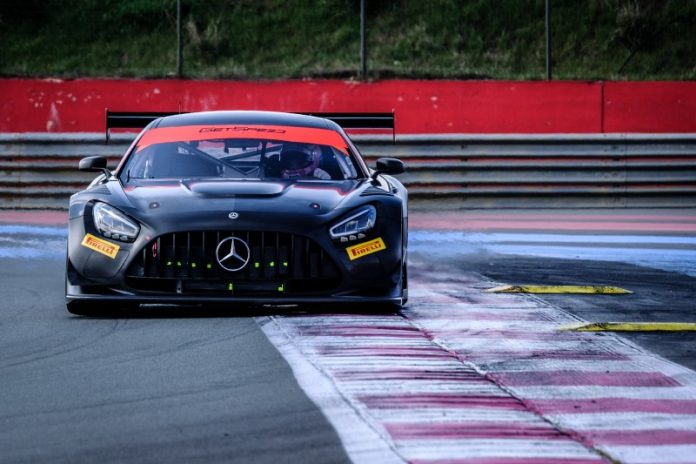 Clear skies and sunshine greeted competitors on Monday morning, although there was a definite chill in the air when the first session went green at 09:00. Mercedes-AMG Team GetSpeed ​​led the first segment thanks to a lap of 1m52.761s, while Winward Racing made it a one-two for the German marque with a best time of 1m53.143s.

The #2 GetSpeed ​​machine was towards the sharp end once again in the afternoon, but on this occasion it was pipped to top spot as AKKA ASP hit the front. The #88 car’s time of 1m52.709s – set by Mercedes-AMG factory ace Raffaele Marciello – could not be beaten, giving the French team the edge for Monday.

Among the other notable front-runners, series newcomer Tresor by Car Collection was third-fastest with its Audi in the morning and P4 in the afternoon session, while Winward followed its P2 in the morning with P5 after lunch. JP Motorsport was P3 in the afternoon with its McLaren, while machinery from Porsche, Lamborghini and Ferrari also placed among the top-10 during the day.

There has been news off the track, too. A number of teams have announced their line-ups for the 2022 season during while present at Circuit Paul Ricard. Saintéloc Racing launched its two-car Audi program on Sunday evening, while Tresor by Car Collection confirmed its Pro cars on Monday.

The Italian squad, which also wants to compete with Audi, has named an impressive trio of Mattia Drudi, Luca Ghiotto and Christopher Haase for the Endurance Cup. The latter will reprise his partnership with Simon Gachet in the Sprint Cup, while Drudi and Ghiotto form an all-Italian duo. Elsewhere series returnee Leipert Motorsport has named Frank Bird as the third member of its Endurance Cup trio. The British driver was present on Monday and will share the #27 Lamborghini with Brendon Leitch and Dennis Fetzer this term.

Monday afternoon also saw Team WRT launch the livery for Valentino Rossi’s #46 Audi, in which the Italian will contest the full Fanatec GT World Challenge Europe Powered by AWS season, while Boutsen Racing has undertaken its first running since switching brands from BMW to Audi.

Amongst the other cars testing Jota’s #38 McLaren is running in the teams 2022 livery, as was the #90 MadPanda AMG.

The Iron Dames #83 Ferrari appeared in public in its new livery too.

ROWE Racing ran the first of their new BMW M4 GT3s too.

Allied Racing ran with their 2022 Porsche.

And Boutsen Ginion were lapping too in their recently acquired Audi.

Over 40 cars contesting this season’s Fanatec GT World Challenge Europe Powered by AWS campaign are at the test, though it does not reflect the full field for the year ahead.

The 2022 entry list will be revealed on Tuesday, while cars will also tackle another seven hours of track time as pre-season testing draws to close.