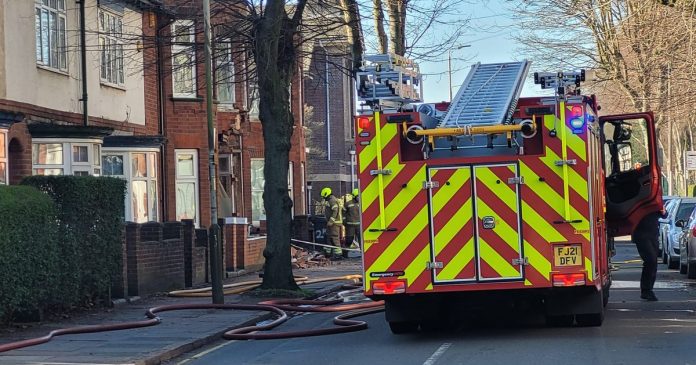 A spokesperson for Leicestershire Police has confirmed that a car has crashed into the front of a house on Fosse Road South in Leicester.

They also confirmed that the driver has left the scene and officers are now looking to locate them.

“A number” of road closures remain in place because of concerns over the structural damage possibly caused by the crash.

They said: “Shortly before 5am today (Saturday 19 March) a report was received that a car had collided with the front of a property in Fosse Road South, Leicester.

“Officers attended but the driver had left the scene prior to arriving police.

“Inquiries to locate the driver are continuing.

“Due to concerns around structural damage caused, a number of road closures remain in place in the area at this time.”