Serious accident involving car and lorry closes A449 for 15 hours 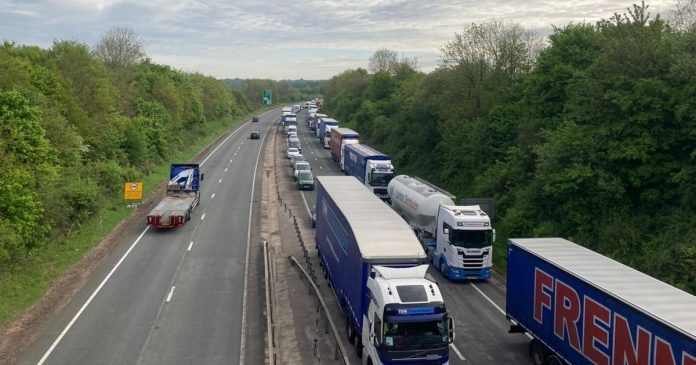 A serious accident involving a car and a lorry closed part of a major road in Monmouthshire for around 15 hours. The A449 was closed southbound between Usk and Newport following the collision which happened around 5.30am on Thursday morning.

A diversion was then put in place, with traffic being moved onto the A40, while the road remained closed until Thursday evening. It finally reopened at around 8.30pm.

Gwent Police attended the scene, along with ambulance and fire crews. They confirmed that a car and a lorry were involved in the collision but the condition of the drivers is still unknown. A spokesman for the Welsh Ambulance Trust said they were called to the scene at 5.37am on Thursday.