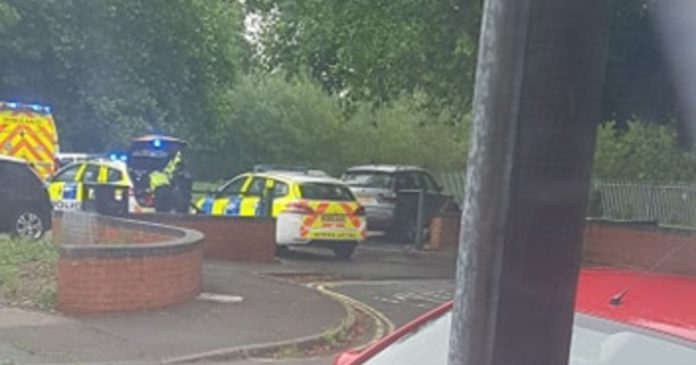 A loved one was found dead in a derby parking lot where his parents’ house once stood.

Douglas Silk’s body was found in a vehicle in the parking lot on Dickinson Street in Wilmorton on July 7th last year.

An investigation into his death found that Mr. Silk was popular, lively, and popular with everyone he met

The 51-year-old was found in a silver Vauxhall Zafira that he borrowed from a close friend to get to and from his cleaning job.

The car engine was still running when it was found by passers-by in the early afternoon, and there were drug paraphernalia in the passenger seat.

An autopsy would later determine that Mr Silk had died of a heroin overdose while police found several notes in his wallet announcing his intention to take his own life.

The investigation found that Mr. Silk had a history of depression and had overdosed in November 1997, which resulted in his being admitted to a mental health department.

However, he had not had any contact with mental health services since January 2001 and had not been given any medication for depression at the time of his death.

The Derby Coroners Court investigation was told that Mr Silk spoke of an emergency to his mother in the weeks leading up to his death, but because of her dementia, she could not remember what the causes of the emergency were.

In a statement read during the investigation, Mr. Silk’s sister said her mother spoke to him twice on Monday, July 6, the night before he was discovered.

“He was very upset,” she said.

“She can’t remember what happened during the conversation. She said he had been upset for a couple of weeks. She couldn’t tell why he was upset.

“We then looked at Google Messages and saw that a body was found in Wilmorton.

“I am shocked and incredibly saddened by my brother’s death, as are the rest of his family. We miss him very much. “

You will receive daily newsletters and the latest news straight to your inbox.

Just select the newsletters you’d like to receive here – or enter your email address in the black box at the top of this story.

The Derby Coroners Court investigation was told that the parking lot he was found in was previously Mr Silk’s orphanage before his family moved and it was demolished.

It was also reported that the night before his body was found, he sent a series of messages to a member of Bridges of Hope, a Facebook group that raises awareness about mental health issues.

On the news, he told an administrator of the group that he had bought heroin and was “really in trouble”.

He went on to say that he was not a user of the drug and that he wanted to “evaporate”.

He did not give them his location and he was given the number for the Samaritan hotline, even though he did not call them.

His body was found the next day.

In a statement by his close friend Adam Robinson, read on request, Mr. Silk was described as a “legend” loved by everyone he met.

“As soon as the family met him, they loved Doug,” he said.

“I said Doug could borrow my car to get to work. He came to see me almost every day after work. “

Mr Robinson said he and his partner helped him eat because they knew he sometimes had financial problems and that Mr Silk had recently got out of a relationship.

“He moved in with her so they could spend time together [during lockdown],” he said.

You don’t have to suffer in silence when your sanity is struggling. Here are a few groups you can contact if you need help:

Samaritans: Telephone 116 123, 24 hours a day, or confidential by email to jo@samaritans.org

Depression Alliance: A charity for people with depression. Not a hotline, but has useful resources and links to other information on its website

Students Against Depression: A website for students who are depressed, in a bad mood, or who commit suicide. Click here to visit

Campaign against miserable life (RUHIG): For young men who feel unhappy. Has a website here and a hotline: 0800 58 58 58

“They often quarreled and took a break from each other. She ended the relationship for the last time two weeks before his death – they were simply incompatible. “

He added that Mr Silk went to his house the weekend before he died and they had a barbecue.

“We had a great time on Sunday,” said Robinson.

“The news came as a complete shock as Doug was so lively.

“He was the nicest man you could ever meet. Everyone who met him loved him.

“Doug’s death hit our family very hard. There is only one word for Doug and that is ‘legend’. “

Sophie Lomas, assistant medical examiner for Derby and Derbyshire, ruled his death as suicide, with one medical cause of death being opiate toxicity.