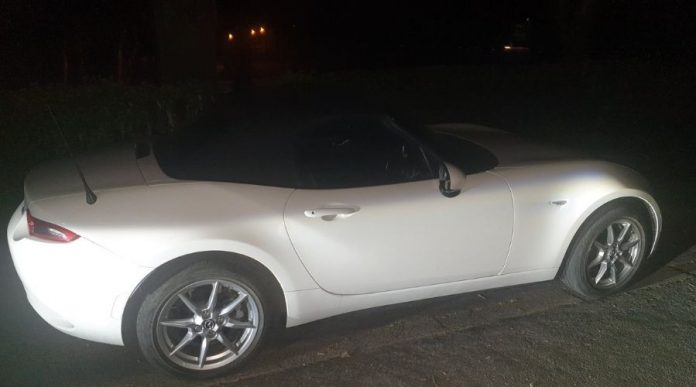 A stolen car was found by police with stolen plates having been attacked.

The Mazda MX5 was tracked down to Rutland Road in Walkden after having been initially reported stolen on Monday April 11.

Traffic officers found that the car had false plates and say that it will now be taken for forensic examination to determine its rightful owners and to help track down those responsible for stealing it.

“Just been located by ME18 on Rutland Road Walkden on false plates.

No arrests have yet been reported in connection with the theft of the car but the forensic tests will be used to try to determine who has been in contact with the car since it was stolen on Monday.

Officers will hope it will be returned to its owners soon once the tests are finished.

This comes amid several recent cases of crime and anti-social behavior on the roads in and around Bolton, including drink driving offenses, drug driving, speeding and taking cars without the owners’ consent.

Anyone concerned about crime in their communities can contact police by phoning 101 or 999 in the event of an emergency.