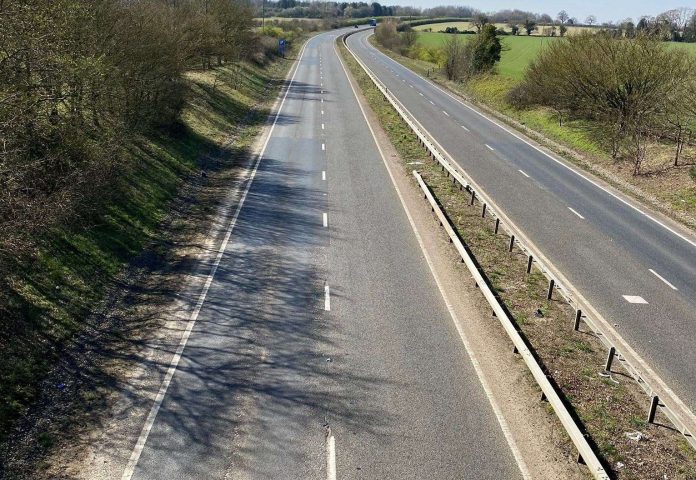 A teenager has quickly lost his driving license after crashing off the A47 while over the alcohol limit.

Ethan Evans, 18, claimed he swerved to avoid a rabbit in the road before overturning his Vauxhall Corsa.

Lynn magistrates heard on Thursday that police were called to the single-vehicle accident at Swaffham on October 24 last year.

The A47 at Swaffham.

Evans was taken to the hospital and provided a blood sample for analysis.

It showed 83 milligrams of alcohol in 100 milliliters of blood, just over the limit of 80.

The defendant, of Blackberry Way, Swaffham, pleaded guilty to drink-driving.

Solicitor George Sorrell said it was a “sad case” as his client had no previous convictions and it was a very low reading.

He added: “On the evening in question he went to the pub in Swaffham for a drink. He thought he was all right to drive the car – he was going to his girlfriend’s in Narborough.

“He saw this rabbit and swerved. I believe the rabbit got away. He lost control of the car which ended up on its roof.

“In trying to save this poor, unfortunate beast it’s lucky he didn’t seriously injure himself or anybody else.

“He’s learned a lesson to be much more attentive about his driving in future.”

Mr Sorrell said Evans is an insurance broker earning a good salary for his age.

“He will be able to keep his job – he’ll go on the bus,” the solicitor added.

Evans was banned for one year, which can be cut by 12 weeks with completion of a drink-driver rehabilitation course.