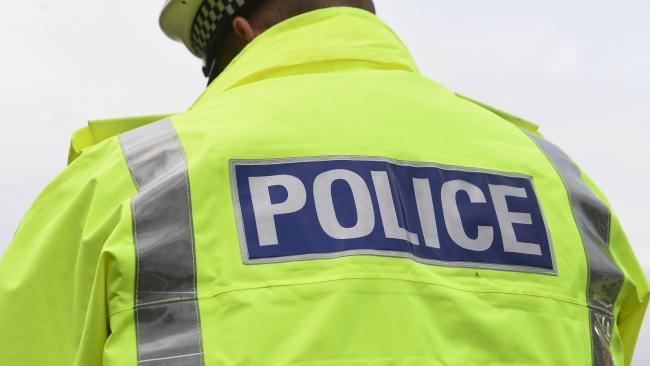 A GANG escaped with cash after attacking a cash machine with sledge hammers and an angle grinder and then ramming a police car as they made off in Cheshire.

Police are now appealing for information and footage following the incident at a convenience store in Warrington.

The theft at the Nisa Local store in Longshaw Street occurred at about 2.40am on Good Friday, April 15.

The group of four offenders stole a quantity of cash from the ATM.

The incident was reported to the police and officers swiftly arrived at the scene.

At that point the offenders rammed the officers’ police car with a white Ford Transit van.

The four offenders then fled the scene in a white Volkswagen Golf, traveling in the direction of Winwick Road.

No officers were injured in the incident, and inquiries in relation to it are ongoing.

Detective Sergeant David Schofield, of Warrington CID, said: “I would like to reassure the local community that we are doing all that we can to trace the offenders, recover the stolen money and ensure that they are brought to justice.

“As part of our ongoing inquiries we want to hear from anyone who witnessed the incident or has any dashcam or CCTV footage which may aid our Investigation.

“Perhaps you think you may know who the offenders are or the location of the white VW Golf that they fled in.

“Or maybe you were traveling in the area and have dashcam footage of the car or of the offenders themselves.

“If you have any information or footage that may help investigation and have not already spoken to the police about the incident, please get in touch.”

Anyone with any information or footage in relation to the ATM attack is asked to give the details via the Cheshire Constabulary website. Alternatively, call 101, quoting IML 1245992.