Home Latest First picture of a tragic teenager who died as a buddy in...
Latest

First picture of a tragic teenager who died as a buddy in a car accident. 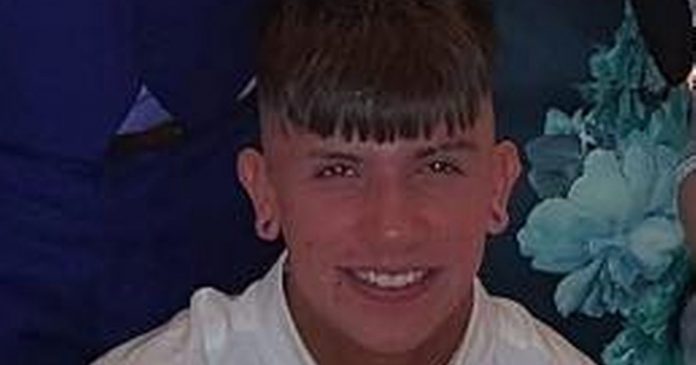 Devastated friends have paid emotional tribute to a tragic 16-year-old who was killed in a horror crash on Saturday.

The victim, known locally as Craig Melville, was a passenger in the back seat of an Audi plowed into a wall on the B9176 near Alness in the Scottish Highlands.

Garage worker Craig sadly died a short time later after paramedics tried to save his life, the Daily Record reports.

A 15-year-old girl was hospitalized in critical condition while the 39-year-old driver also needed treatment and continues to be cared for by medical staff.

A 22-year-old passenger was also injured but has since been released from hospital.

Police have opened a major accident investigation and the road has been closed near the Fyrish Substation for a full investigation to take place.

When the news of Craig’s tragic death broke, friends on social media paid tribute to the “most caring person you can meet.”

A loved one wrote, “My boy, I love you so much that you will be with me in my heart forever. I’m so sorry you walked the most terrible road ever.

“You meant so much to everyone, the most loved caring person you could meet. You didn’t deserve that at all. I love you with all my heart my angel. “

Another wrote: “I think of the whole family. Couldn’t have met a nicer boy. You will be missed by so many. “

A fourth said, “My heart is breaking right now for everyone. Amazing boy was taken way too early. “

And finally, another simply wrote, “Forever in our hearts.”

The police are appealing to anyone who may have dashcam footage of the blue Audi RS4 before it crashed at around 9:35 p.m. on March 27th.

Officers believe it headed west on the B817 before turning right onto a street known locally as Struie Road.

The car then appears to have lost control and crashed into a wall near the Fyrish Substation.

Sergeant David Miller said, “We appeal to all other road users who were in the area at the time of the incident to contact us. Did you see the blue Audi, did you pass it on the street?

“Every little piece of information could be of vital importance to our inquiries.

“In particular, we would ask drivers with dash cams to check their footage as they could have captured a picture that could help us.”

Anyone with information is asked to call Police Scotland on 101 using incident number 4030 on March 27, 2021