Man killed in car fire probably triggered by a cigarette 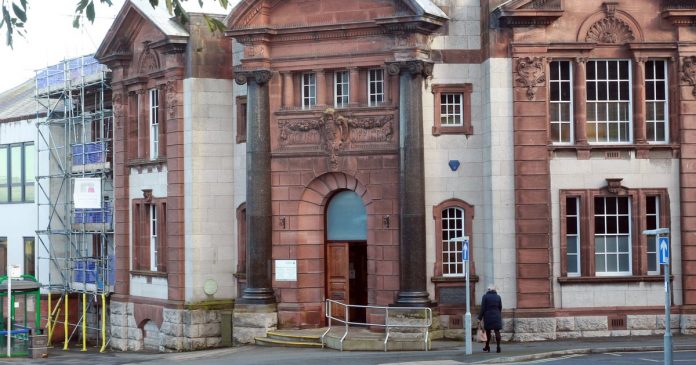 A fire that burned a car with a man inside was likely caused by a cigarette, an investigation has heard.

The remains of Michael James Green were discovered on June 21 last year shortly after 7.30 p.m. in the vehicle on a marshland between Cwm Penmachno and Blaenau Ffestinog.

An ambulance, police and firefighters were called to the scene just outside the B4406, which is referred to as “rural area off a single lane road between the valleys”.

Retired courier and former RAF mechanic from Fron Fawr, Blaenau Ffestiniog, had to be identified using DNA from his toothbrush.

During an investigation into the 70-year-old’s death at Ruthin County Hall Wednesday afternoon, Elizabeth Dudley-Jones, assistant medical examiner for North Wales East and Central, said a cigarette was the most likely source of ignition.

Ms. Dudley-Jones concluded that, based on the chances, it is more than likely that Mr. Green’s car caught fire from smoking or exhausting a cigarette.

The exact cause of the fire could not be determined by the fire investigators due to the severity of the fire damage.

However, a forensic examination of the Renault Scenic revealed that the car may have exploded due to internal pressure and Mr Green turned off the lane onto the marshland.

Did you know we offer a free email newsletter service?

Each North Wales Live Bulletin delivers the latest news, events and the hottest talking points straight to your inbox.

You can find more information about subscribing here.

One of the car’s rear windows was found intact at the scene. Another window, also found nearby, had blown out of the car and smashed.

Investigators said a buildup of pressure in the car could have been caused by a number of factors, including an electrical fault, collision damage, vapor, friction, or accidental or spontaneous ignition.

While it was unable to determine the cause of the increased pressure, the investigation heard that it was likely caused by a cigarette.

An autopsy at the Home Office was conducted by pathologist Brian Rodgers, who said examination of Mr. Green’s remains revealed that it was likely he was alive when the fire started.

He concluded that the medical cause of death was inhalation of smoke and fire gases and multiple traumatic injuries.

The coroner noted a conclusion about death from an accident as a result of an accident and said, “Fortunately, his death would have been quick and he did not suffer.”

In statements read to the court, Mr. Green’s family said that he was “sadly missed” by friends and family.

You can pay tribute to Mr. Green and comment on this story in the section below.