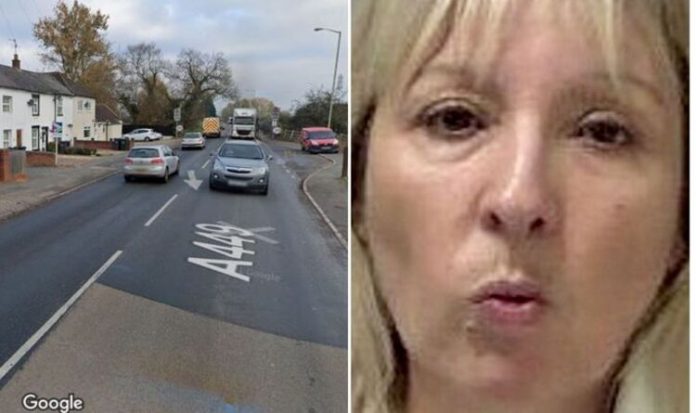 Annette Kealy appeared in court and admitted having smashed the cars as she “lost her temper” because of a fallout with her “intimidating” neighbors. Worcester Magistrates’ Court heard that she was in an ongoing row with her neighbors over the parking spaces at a block of flats in Malvern Road, Worcester. The 56-year-old woman believed that the cars should be parked in dedicated parking spaces instead of outside the flats.

Defending Kealy, Barry Newton said that the woman “has had a little bit too much to drink and taken out her anger on inanimate objects”.

He added that there were no allocated spaces and that a neighbor had been encouraging another to park in a bay that had been used by Kealy’s partner.

Newton also said that the victim is “a small woman, barely 5ft tall” while her neighbor is 6ft tall and “of large built, probably twice her weight” and that she finds him intimidating.

During the incident, Kealy broke two windscreens and dented the bonnet of another car, using a piece of wood, at 10:45pm.

The court fined her £200 and ordered her to pay £100 in compensation to each of the three victims, as well as a £34 victim surcharge.

She was also ordered to pay a further £50 in compensation to Michael Breakwell for the common assault.

Sumreen Afsar, the Prosecutor, described how one of the victims Mr Breakwell went outside after his car alarm went off.

He tried to reason with the defendant, telling her to calm down and go back inside.